•The government, however, denied suggestions of a military coup or that the president was under arrest

The President of Burkina Faso, Roch Kaboré, has reportedly been detained by mutinying soldiers.

Some troops in the West African nation have demanded the sacking of military chiefs and more resources to fight Islamist militants.

Gunfire had been heard overnight near the presidential palace and at barracks in the capital, Ouagadougou.

The government, however, denied suggestions of a military coup or that the president was under arrest. 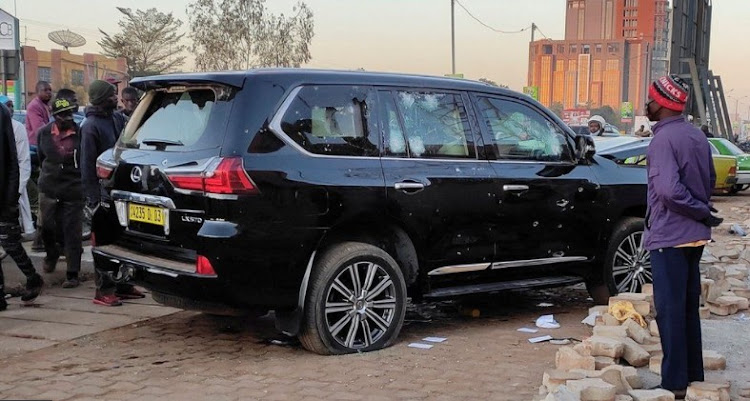 Multiple cars apparently used by the presidency were found in the morning with bullet holes
Image: REUTERS

Video from the capital appears to show armoured vehicles - reportedly used by the presidency - peppered with bullet holes and abandoned in the street.

BBC reporter Simon Gongo in Ouagadougou says the city is quiet again. Soldiers have, however, surrounded the state television headquarters.

Hundreds of people had come out in support of the soldiers despite a government-imposed curfew. Some of them set fire to the ruling party's headquarters.

The unrest comes a week after 11 soldiers were arrested for allegedly plotting a coup.

But discontent has been growing in Burkina Faso over the government's failure to successfully eliminate an Islamist insurgency in the country since 2015. 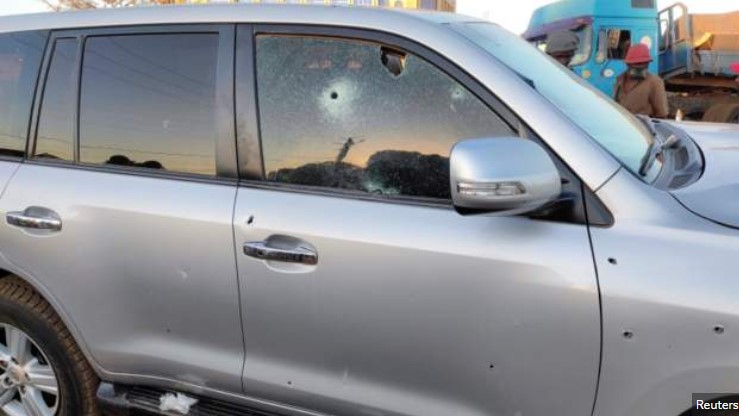 That escalated to new highs in November, when 53 people were killed by suspected jihadists. And on Saturday, a banned rally to protest against the government's perceived failure led to dozens of arrests.

Similar troubles in neighbouring Mali led to a military coup in May 2021 - one that was broadly welcomed by the public.

In Burkina Faso, mutinying soldiers have made several demands, including the removal of the army's chief of staff and the head of the intelligence service; more troops to be deployed to the front line; and better conditions for the wounded and soldiers' families.

On Sunday, Defence Minister Gen Barthelemy Simpore downplayed previous rumours of the president's capture, and the nature of the unrest at large.

State television, meanwhile, had characterised the sound of gunfire at military barracks as the actions of a small few disgruntled soldiers rather than a widespread fight or coup attempt.

On Monday amid disruptions to internet service, much confusion remained in the capital, with no clear statement published by either side.