New research shows that Homo sapiens fossils discovered in the late 1960s at the Omo Kibish formation are at least 233,000 years old.

•"But these fossils show just how resilient humans are: that we survived, thrived and migrated in an area that was so prone to natural disasters." Vidal said

•The volcanic ash layer defied previous efforts to calculate its age because its grains were too fine for scientific dating methods. 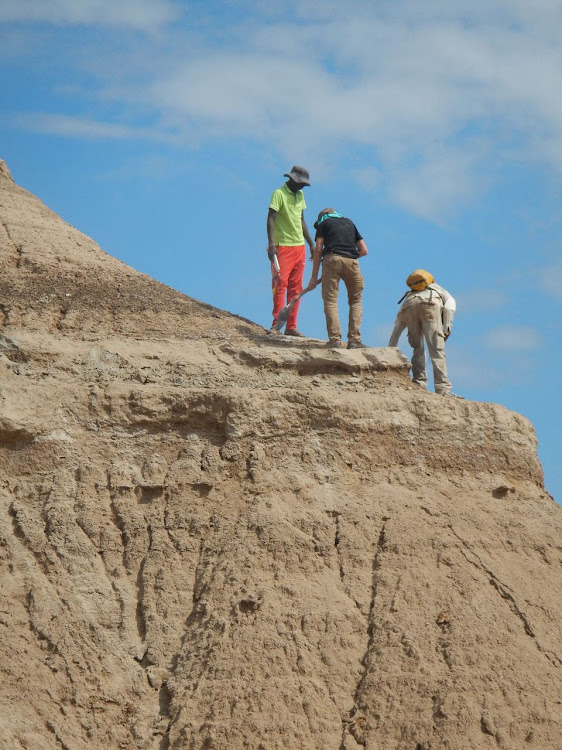 Researchers work at the Omo Kibish geological formation in southwestern Ethiopia, a region of high volcanic activity and a rich source of early Homo sapiens remains and artefacts, in this undated handout photograph obtained by Reuters on January 12, 2022.
Image: Reuters

Volcanic ash left over from a huge ancient eruption has helped scientists determine that important early Homo sapiens fossils found in Ethiopia in 1967 are older than previously believed, providing fresh insight into the dawn of our species.

Researchers said on Wednesday they used the geochemical fingerprints of a thick layer of ash found above the sediments containing the fossils to ascertain that it resulted from an eruption that spewed volcanic fallout over a wide swathe of Ethiopia roughly 233,000 years ago.

Because the fossils were located beneath this ash, they predated the eruption, the researchers said, although by how many years remains unclear. It previously was believed the fossils were no more than about 200,000 years old.

The fossils, called Omo I, were discovered in southwestern Ethiopia in a region called the Omo Kibish geological formation during an expedition led by the late paleoanthropologist Richard Leakey. They include a rather complete cranial vault and lower jaw, some vertebrae and parts of the arms and legs.

Scientists have sought greater clarity about the timing of our species' origins in Africa. 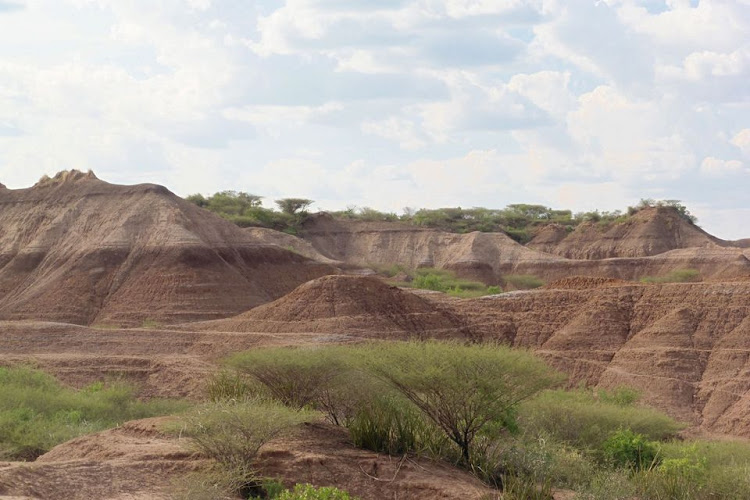 The Omo Kibish geological formation is seen in southwestern Ethiopia, near the location where Homo sapiens fossils were discovered in the late 1960s, which have now been determined to be at least 233,000 years old, in this undated handout photograph obtained by Reuters on January 12, 2022.
Image: Reuters

The new findings conform with the most recent scientific models of human evolution placing the emergence of Homo sapiens sometime between 350,000 to 200,000 years ago, said University of Cambridge volcanologist Celine Vidal, lead author of the study published in the journal Nature.

Research published in 2017 showed that bones and teeth discovered at a site called Jebel Irhoud in Morocco were more than 300,000 years old, representing the earliest fossils attributed to Homo sapiens. Some scientists have questioned whether those fossils genuinely belong to our species.

The Jebel Irhoud remains "do not possess some of the key morphological features that define our species. They particularly lack a tall and globular cranial vault and a chin on the lower jaw, which can be observed on Omo I," said paleoanthropologist Aurelien Mounier of the French research agency CNRS and Musee de l'Homme in Paris, a co-author of the new study.

The volcanic ash layer defied previous efforts to calculate its age because its grains were too fine for scientific dating methods.

The researchers determined the ash's geochemical composition and compared that with other volcanic remnants in the region. They found it matched a light and porous volcanic rock called pumice created during the eruption of Shala volcano about 230 miles (370 km) away. They then were able to date the pumice to determine when the eruption happened.

"I think what is important is to bear in mind is that the study of human evolution is always in motion: boundaries and timelines change as our understanding improves," Vidal said. "But these fossils show just how resilient humans are: that we survived, thrived and migrated in an area that was so prone to natural disasters."

"It's probably no coincidence that our earliest ancestors lived in such a geologically active rift valley - it collected rainfall in lakes, providing fresh water and attracting animals, and served as a natural migration corridor stretching thousands of kilometers," Vidal said. "The volcanoes provided fantastic materials to make stone tools, and from time to time we had to develop our cognitive skills when large eruptions transformed the landscape."