The president was received by Minister of Finance Ahmed Shide and high-level government officials.

•A more open vote in 2005 saw big gains for the opposition but led to a lethal crackdown on protests over contested results. 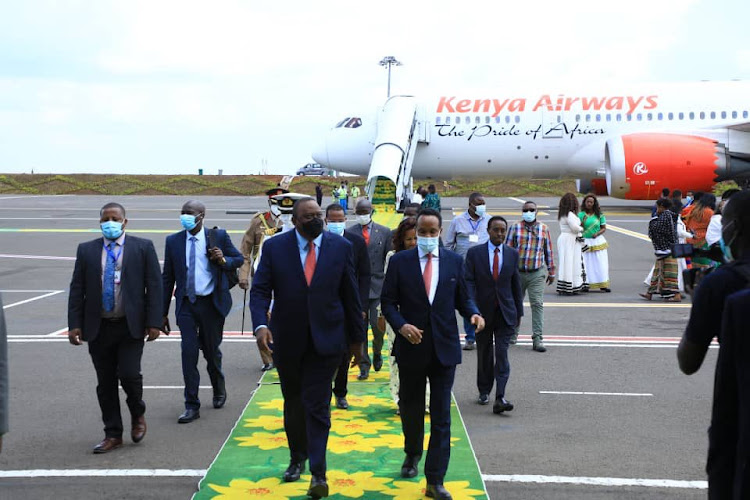 President Uhuru Kenyatta is in Ethiopia for the inauguration ceremony of the formation of new Ethiopian government.

Uhuru who was accompanied by government officials arrived in Ethiopia aboard Kenya Airways on Monday afternoon. 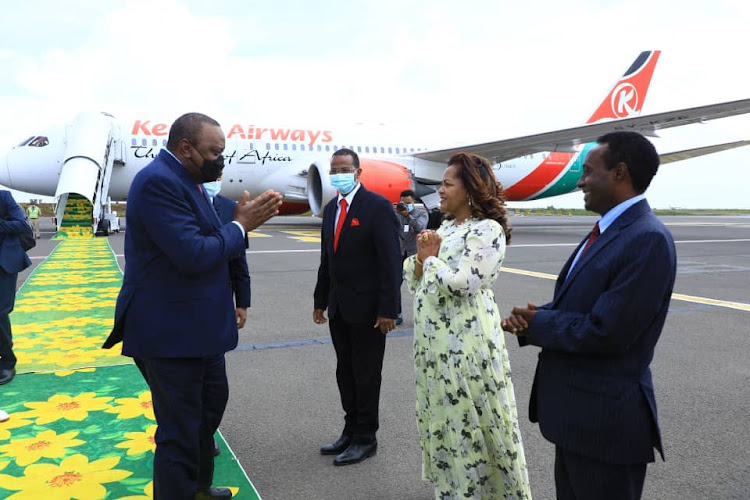 The president was received by Minister of Finance Ahmed Shide and high-level government officials who welcomed the President at Bole International Airport.

Uhuru is in Ethiopia to witness the swearing in of Ethiopian Prime Minister Abiy Ahmed who will lead the conflict-torn country for another five years.

Ahmed who has been in office since 2018, was re-elected  and sworn in in parliament, in the capital Addis Ababa. 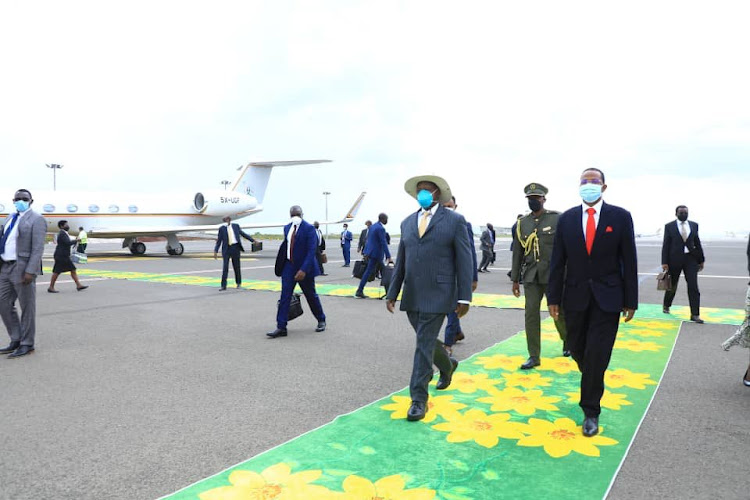 Abiy came to power in 2018 on the back of several years of anti-government protests and promised to break from Ethiopia's authoritarian past in part by holding the most democratic elections the country had ever seen.

A more open vote in 2005 saw big gains for the opposition but led to a lethal crackdown on protests over contested results. 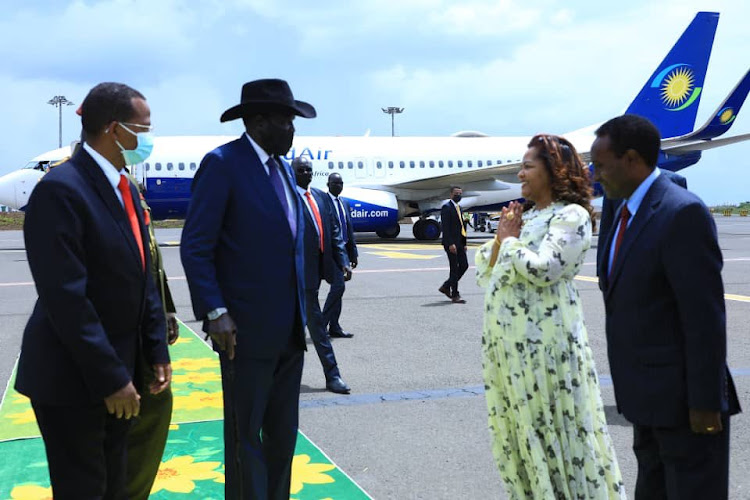 This year some opposition parties, notably in Abiy's native Oromia region, opted to boycott the polls, complaining that their candidates have been arrested and their offices vandalised.

Last week, Ethiopia said it would expel seven senior UN officials for "meddling" in its affairs, ratcheting up worries over the humanitarian response in the war-torn and famine-threatened Tigray region.

UN Secretary-General Antonio Guterres said he was "shocked" by the decision, expressed full confidence in his staff in Ethiopia and said the UN was engaging with the government "in the full expectation" that the officials would be allowed to return.

According to diplomats, an emergency UN Security Council meeting will be held behind closed doors midday on Friday to discuss the matter.