The Ethiopian leader has been globe-trotting as conflict spreads to neighbouring regions of Afar and Amhara.

• On August 18, he was in Ankara to meet Turkey President Recep Tayyip Erdoğan where various bilateral agreements were signed.

• Ten days later, he visited Uganda and Rwanda, where  he met the respective presidents and held talks on bilateral and regional issues. 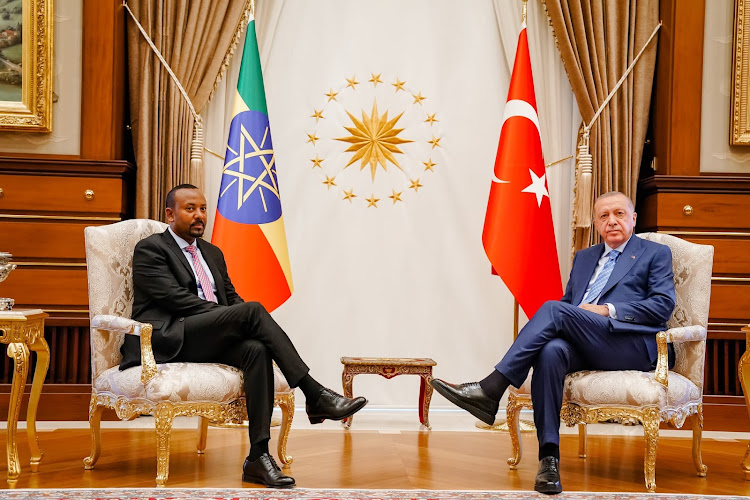 Ethiopia's Prime Minister Abiy Ahmed is seeking regional and international support as the Tigray war spreads to the neighbouring regions of Afar and Amhara.

Abiy has in recent months come under sustained pressure and criticism by the European Union, the United Nations and the US over atrocities in the Tigray region.

But in an attempt to seek what analysts from Ethiopia term political and military support, on August 18, PM Abiy was in Ankara to meet Turkey's President Recep Tayyip Erdoğan.

After the meeting, Abiy appreciated Turkey’s support in “Ethiopia’s continued development and stability”.

A source, who spoke on condition of anonymity for fear of his safety, said as far they are concerned, the trip to Turkey was to obtain military drones and other forms of military support.

"His trip came after the Turkish president's office said in a social media post that the country is ready to support Ethiopia in any possible way," the source said.

Additionally, the Star heard, just before Abiy's trip, Turkish schools in Ethiopia that were suspected to have links with the Gülen movement—led by Fethullah Gülen, the man accused by the Turkish government of masterminding a failed 2016 coup—were handed over to a Turkish government-owned foundation.

Upon returning to Addis Ababa, Abiy said Ethiopia will never forget the critical time of the cooperation the people and government of Turkey extended to them.

On August 19, Abiy tweeted: “For all African brothers and sisters, leaders, academics who are supporting Ethiopia in its time of need, we salute you! As Ethiopia stood beside others in various historical struggles, your solidarity in our utmost time of need is noteworthy. Africa will prevail in unity!”

On August 23, he said he talked to Israeli Prime Minister Naftali Bennett on bilateral and multilateral issues.

“We have vowed to strengthen cooperation between our two countries,” he said.

There are also claims that some Ethiopian military officials travelled to Russia, but Moscow was reluctant to provide arms without a payment.

The Russian embassy in Addis Ababa confirmed to the Star that an Ethiopian delegation recently visited Russia but it was for the annual International Military-Technical Forum "ARMY-2021" just as "representatives of many other countries".

According to Mufti, Mekonnen thanked India for supporting Ethiopia’s cause at the UNSC meeting on Ethiopia by rejecting the pressure to intervene in its internal affairs.

Jaishankar said their support was rooted in the confidence that Addis Ababa is capable of handling its internal affairs without external interference.

And in another attempt to rally regional support for the Tigray war, the protracted Grand Renaissance Dam with Sudan and Cairo and the border dispute with Khartoum, Abiy has met leaders from the region.

On August 26, he welcomed South Sudan's President Salva Kiir for an official working visit to Ethiopia and said “all-weather friends like South Sudan are essential in our time of need”.

Three days later on August 29, he was in Kampala, Uganda, where he met President Yoweri Museveni and held talks on various bilateral and regional issues.

After the talks, President Museveni said, “The meeting with PM Abiy Ahmed ended fruitfully. We agreed to 'walk together' on matters regarding strengthening cooperation in bilateral, regional, and international issues of common interest. Ethiopia and Uganda are strong trade partners and cooperate in various peace processes in the region."

On the same day, Abiy flew to Kigali Rwanda for a two-day working visit. 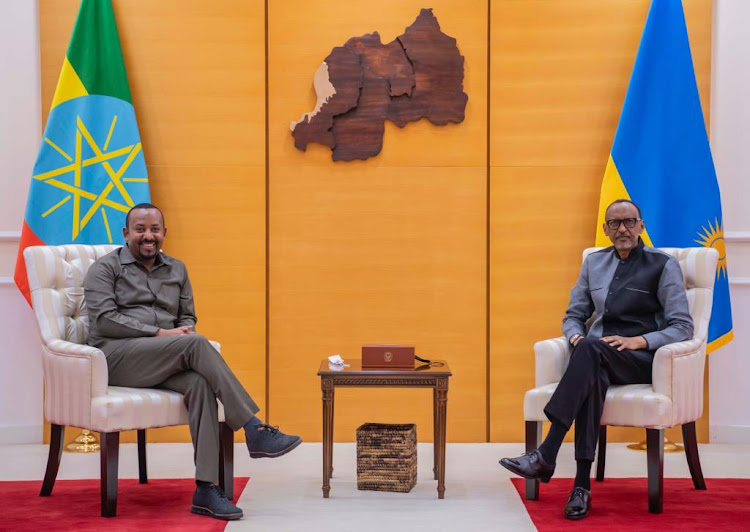 He met President Paul Kagame for “discussions on bilateral and regional issues of mutual significance".

Rwanda's presidency said in a statement that the two leaders discussed topics of mutual interest, including “issues specific to both countries, and the region, as well as global current affairs".

Kenya's Foreign Affairs CS Raychelle Omamo was in Addis on Thursday where she held talks with Mekonnen on Tigray, GERD and Ethiopia-Sudan border dispute.

The country's Permanent Representative to the US, Ambassador Taye Atske Selassie, on August 29 thanked allies that have stood with Ethiopia "in times of our need".

He also confirmed to the Security Council meeting on Ethiopia that the war had spread to Afar and Amhara regions.

"Afar and Amhara are now unable to farm their land, exposing them to the indignity of receiving aid to sustain their family. Hundreds of thousands in the Afar and Amhara region are displaced and have sustained irreparable damage for their well-being," Ambassador Selassie said.

The envoy accused members of the international community of tolerating and enabling the TPLF group to "follow its destructive past".

"Our goal is peace. Unfortunately, the TPLF is standing between Ethiopia and peace. TPLF is not the victim. It is the culprit...

"We are startled by everyone that appears to have been calling for peace and pressuring the government to suspend its law enforcement operation to letter and tolerate the expansion of violence and mayhem by the TPLF," he added.