Houses to be built for parents of gold winners.

• Museveni congratulated the athletes for their splendid performance.

• Government will construct houses for the parents of the gold winners. 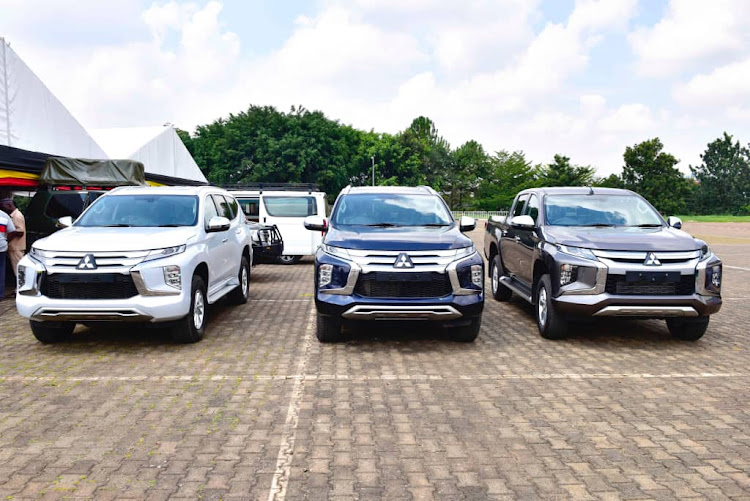 The Ugandan team won two golds, silver, and a bronze.

Ugandan Peruth Chemutai gave her country the first gold in the women's 3000m steeplechase, while Joshua Cheptegei bagged gold after winning his first Olympic gold in the men's 5000m.

Museveni congratulated the athletes for their splendid performance which saw Uganda being ranked 38 worldwide in medal standings.

He handed over high-ended vehicles to each of the medal winners in the Olympics, and the government will construct houses for the parents of the gold winners.

Addressing residents on Wednesday at the Kololo Ceremonial Ground during a ceremony in honour of the team, Museveni said that his country did well despite spending little, unlike other countries.

“In my low-cost approach, sometimes ago, I gave an order but apparently it was not fully implemented. But anybody who wins the gold at the continental level, Commonwealth Games, or in Olympics. I said you should be paid USh5 million (Sh154,000) per month all the time,” Museveni said.

“But now I was told that they are being paid quarterly. I did not say quarterly, I do speak English very well. I said monthly, maybe I did not put it in the local language. And now, I can see some people here are rich people, because they will have to be paid their back pay. What they should have been paid will be paid.”

He said silver winners in the mentioned games will be earning Ush3 million (Sh92,000) and bronze winners to earn Ush2 million (Sh61,000) every month.

The president was surprised that his order had not been implemented since 2013, the year when he gave the directives.

“This is my small way to support without the billions of Kenya…I’m still busy building the foundation. We lost a lot of time during the regime of Amin but we can manage."

The function will be live on all the televisions and radios in Uganda.
News
1 year ago
by KEVIN CHERUIYOT Online Journalist
Africa
11 August 2021 - 17:51