Museveni to determine fate of schools in his Friday address

Schools were supposed to resume on July 19, which did not happen.

• Minister of Education Janet Museveni had said that the decision to reopen schools was to be addressed by the cabinet.

• The move followed a spike in the number of new infections and deaths related to it. 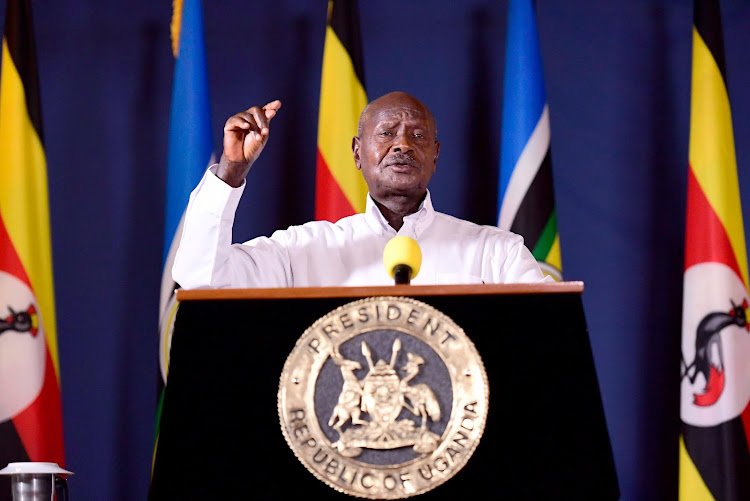 President Yoweri Kaguta Museveni will address the nation on Friday, July 30 regarding the state of Uganda amid the coronavirus pandemic.

Museveni announced on Thursday through his Twitter account that he will make the address at 8pm and the address will be broadcasted on different televisions and radio stations.

In his last address, the president announced the closure of all the higher-learning institutions and schools for a period of 45 days.

The move followed a spike in the number of new infections and deaths related to it.

The 45 days period elapsed a week ago but the schools have been not been able to resume.

All teachers had been directed to get the Covid vaccine before they are accepted in schools.

Communal prayers in mosques, churches, or stadia and other open-air venues were suspended for 42 days.

He had also ordered for suspension of all inter-district travel except travel within Kampala Metropolitan (Kampala, Wakiso, Mukono).

First Lady Janet Museveni, who is also the Minister of Education and Sports told journalists on July 19 that it was premature to reveal the exact date of reopening schools.

The minister added that her ministry was waiting for a final decision from the cabinet.

According to the ministry of education, the schools were supposed to be reopened on July 19, but the matter will be addressed by the president in his address.

Museveni shuts down schools in Uganda as Covid cases surge

Teachers have been directed to get vaccinated before they are accepted in schools.
News
3 months ago
by KEVIN CHERUIYOT Online Journalist
Africa
29 July 2021 - 18:41