Lisssu says it's time for nationwide protests and international isolation of her regime.

• Tundu Lissu said that there was hope when Suluhu took over the leadership, but the start of arrests has dashed any such hope.

• During the Magufuli’s time, Lissu and other opposition leaders were arrested several times forcing some of them to seek asylum. 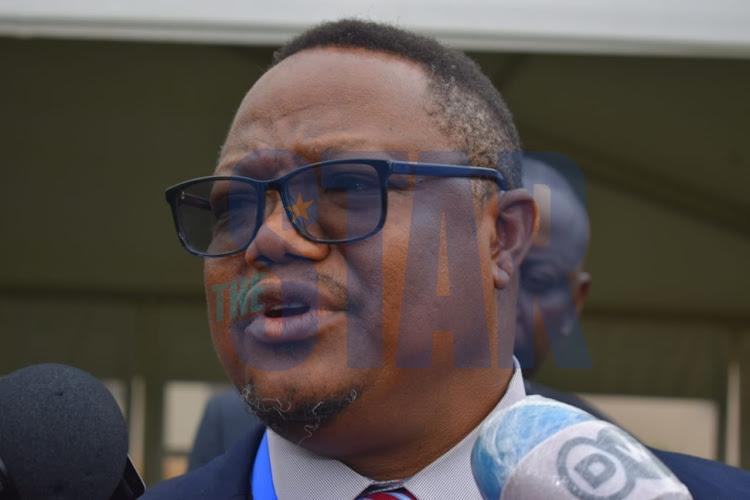 Tanzanian politician Tundu Lissu speaking to journalists during the launch of his book titled Parliament and Accountability in East Africa at Windsor Hotel, Nairobi on June 25, 2021.
Image: CHARLENE MALWA

Tanzanian opposition leader Tundu Lissu has hit out at President Samia Suluhu following the arrest of his Chadema colleagues.

The police arrested the chairperson of Chadema party Freeman Mbowe on Tuesday night while attending party meetings in Mwanza.

Shortly after the arrest, the party said that 10 other leaders were arrested alongside Mbowe and taken to the Central Police Station in Mwanza.

Reacting to the arrest, Lissu said that Suluhu’s administration was slowly conforming to the era of the late President John Pombe Magufuli who died in March 2021 of heart complications.

Through his Twitter account, Lissu said that there was hope when Suluhu took over the leadership, but the start of arrests has dashed any such hope.

“When President Samia Suluhu Hassan took over, there's hope that Magufuli's reign of terror and war on democracy would end. Last night's arrest of Chairman Mbowe and CHADEMA leaders has dashed any such hope,” Lissu said.

He added that it is high time for the nationwide protests and international isolation of her regime.

I urge Tanzania's devolpment partners to stop subsidizing the CCM dictatorship and to support democracy.

The presidential candidate in the last general elections added that calling for political reforms is no breach of any law.

“I urge Tanzania's development partners to stop subsidising the CCM dictatorship and to support democracy.”

During the Magufuli’s time, Lissu and other opposition leaders were arrested several times forcing some of them to seek asylum.

Lissu faced the assassination attempt on September 7, 2017, after declaring interest to challenge Magufuli for the top seat and criticised his ruling.

He moved to Belgium since then and has undergone 25 surgeries in his recovery treatment after being shot 16 times.

Last month, Lissu asked Suluhu to reveal to him and the world the people who were behind the attempt.

He also wants the government to disclose those who gave the orders for his attack.

Police confirmed the arrests on suspicion of inciting “unauthorised assembly”.
News
1 week ago