Why Tigray is unlikely to secede from Ethiopia

TPLF spokesman Reda listed 10 demands that must be met before a ceasefire agreement is formalised.

• The war in Tigray has further created divisions in Ethiopia, particularly between Addis Ababa and Mekele.

• Tigray region leaders in October last year—prior to the war—had said they would no longer recognise the administration in Addis Ababa or its laws. 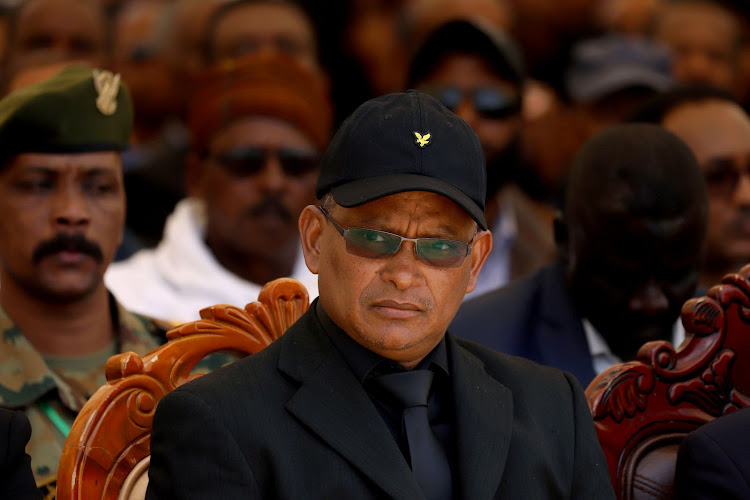 The opposition got only 11 seats, while four independents secured a slot in the House. Ethiopia has 547 constituencies, but some regions, including Tigray, did not vote.

PM Abiy said the sixth national election was a testimony that Ethiopia won. But that was not the lead story from Addis Ababa despite the election being a destiny shaper for the country. Instead, the alleged defeat of Ethiopia's federal troops by Tigray Defence Forces has been the top story in the recent past.

The Guardian published a series of photos of about 7,000 captive Ethiopian federal troops being walked for 75km from Abdi Eshir, southwest of Mekele, to a rehabilitation centre in the Tigray capital.

Tigray forces marched into Mekele three weeks ago after local officials and federal government troops pulled out in what the Ethiopian government called a unilateral ceasefire, saying it was no longer a “centre of gravity for conflicts”.

On the other hand, however, Tigray forces termed it an “absolute lie”.

TPLF spokesman Getachew Reda told Reuters by satellite phone last week, “The fact that he’s claiming to have withdrawn from Mekelle is an absolute lie. We bested them in their own game. They lost.”

Reda has also accused the Ethiopian government of “waging a genocidal campaign to exterminate the people of Tigray”.

So what are the post-war ramifications? Possible secession?

The war in Tigray has further created divisions in Ethiopia, particularly between Addis Ababa and Mekele.

Tigray region leaders in October last year—prior to the war—had said they would no longer recognise the administration in Addis Ababa, or its laws after PM Abiy postponed the elections.

Tigray defied the postponement order and went ahead with local elections, a move Abiy termed “illegal”.

This was followed by the outbreak of the war in November after PM Abiy accused Tigray forces of attacking a federal forces camp.

Ethiopian research associate at Soas in London Daniel Mulugeta told the Financial Times in April, “My suspicion is that this conflict in Tigray emboldens centrifugal forces who want to break away from the country."

Asked by Al Jazeera in an interview last year on whether there is a real concern on whether Ethiopia could disintegrate, editor-in-chief of Addis Standard newspaper Tsedale Lemma said it is "a considerable concern” that might not become a reality.

In the same interview, William Davison, senior Ethiopia analyst at International Crisis Group, said it was not yet in a situation where a push for secession is a reality. He noted that secession is legal under the Ethiopian constitution as the last resort for a regional state that is not happy with the federal government.

Then US assistant secretary of state for Africa Tibor Nagy in November said he believes TPLF leaders didn’t seek to secede and create an independent state from Ethiopia because the Ethiopian constitution has a provision for the states to be able to secede.

“It seems like they were doing this more to depose the prime minister from power and to reassert themselves into the prominent position that they had atop the Ethiopian political spectrum for the last 27 years,” he said.

Assistant professor of applied economics at Oregon State University Kassahun Melesse, in an article in the Foreign Policy, says Prime Minister Abiy is fighting the country’s revanchist old regime, which is intent on recapturing the economic and political influence it once held. The article is titled 'Tigray’s War Against Ethiopia Isn’t About Autonomy. It’s About Economic Power'.

General Tsadkan Gebretensae, a key member of Tigray Defence Force Central Command, in an interview with The Elephant didn't point at possible secession.

Instead, he said he expects the conflict to be resolved peacefully, but if there is no other choice, then "the next choice will be, try to resolve it militarily, and we know we are capable of doing that".

In a statement on July 4, TPLF spokesman Reda listed 10 demands that must be met before a ceasefire agreement is formalised.

They include the withdrawal of invading forces from Amhara and Eritrea from Tigray; an independent investigation into crimes committed in the region; unimpeded access of humanitarian aid to Tigrayans; and full access to all forms of services such as electricity, telecommunications, banking, flights education, healthcare, and commerce without interruption.

They also demand the federal government respect for the Tigray government and allow it to resume its regular work, the release of detained Tigrayan members of the ENDF, and the creation of an independent international entity to follow up on the implementation of the preconditions as a non-negotiable element of the ceasefire.

Also, the timing is bad for the TPLF to declare independence as it is economically and militarily weak to lead an independent Tigray.