• The US called on Somalia’s Federal Government and Federal Member State leaders to return to talks urgently and agree to a way forward to resolve the electoral crisis.

• The State media reported that Farmaajo had signed the two-year term extension legislation without the approval of the Upper House of Parliament. 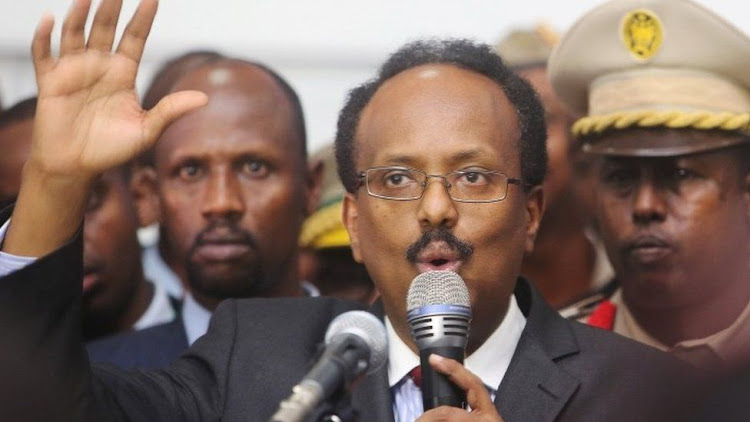 The United States and the United Kingdom have registered their disappointment after Somalia extended the President's term for two years.

The State media reported that Farmaajo had signed the two-year term extension legislation without the approval of the Upper House of Parliament.

The US called on Somalia’s Federal Government and Federal Member State leaders to return to talks urgently and agree to a way forward to resolve the electoral crisis.

In a statement on Wednesday, Secretary of the Department of State Antony Blinken registered his dismay by the decision.

"We have stressed repeatedly that it is vital for the peace, stability, prosperity, and governance of Somalia that the Federal Government and the Federal Member States reach a consensus on a way forward for the electoral process," Blinken said.

Blinken said such actions would be deeply divisive, undermine the federalism process and political reforms that have been at the heart of the country’s progress and partnership with the international community, and divert attention away from countering al-Shabaab.

"They will also further delay holding the promised elections awaited by the Somali people. Implementation of this bill will pose serious obstacles to dialogue and further undermine peace and security in Somalia," he said.

UK's James Duddridge said in the absence of consensus leading to inclusive and credible elections being held without further delay, the international community’s relationship with Somalia’s leadership will change.

"The UK will work with its international partners on a common approach to re-evaluate our relationship and the nature of our assistance to Somalia," he said.

Duddridge said it was time for Somalia’s leaders to look beyond narrow self-interest and uphold their responsibilities to the people of Somalia.

"We urge Somalia’s leaders to return to talks immediately to find practical solutions and reach agreement on remaining issues, demonstrating restraint and compromise," he said.

Somalia’s president signed the law setting the Horn of Africa nation on a collision course with donors who strongly oppose the move.

“President Mohamed Abdullahi (Farmajo) has tonight signed the direction of one person, one vote law which was unanimously passed by parliament on April 14,” the statement issued by the Minister of Information Osman A Dubbe late on Tuesday night said.

The new head of state was meant to be chosen by a new crop of legislators, but their own selection was delayed after opponents accused the president of packing regional and national elections boards with his own supporters.

According to Speaker Mohamed Mursal Sheikh, a total of 149 (54 per cent) lawmakers backed the move to allow the current government additional time to resolve the pending political tension over the election.

This means that the country will forgo the September 17, 2020, agreement that was meant to solve the electoral process to pick the new team.