• Hassan said that Magufuli was hospitalised on March 6 at the Jakaya Kikwete Cardiac Institute.

• This comes after weeks of speculation on his whereabouts with the suspicion that he had been hospitalised for Covid-19. 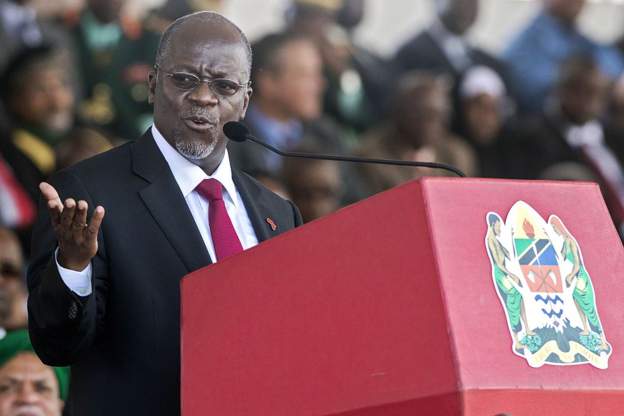 Hassan said that Magufuli was hospitalised on March 6 at the Jakaya Kikwete Cardiac Institute and died at Mzena State Hospital in Dar es Salaam.

She also announced that the country would get into a 14-day period of mourning as arrangements for the burial are made.

During this period, all flags in Tanzania will fly at half-mast, Hassan announced.

This comes after weeks of speculation on his whereabouts with the suspicion that he had been hospitalised for Covid-19.

Last week, there were reports that the Tanzania president was seeking treatment in Kenya.

After hours of frenzied social media speculation on whether Magufuli had been admitted to the Nairobi Hospital with Covid-19, the government on March 1o put out a statement saying he was not in Kenya.

In a brief one-word statement, Foreign Affairs Principal Secretary Macharia Kamau told the Star "No". This was after he was asked to confirm if Magufuli was admitted to the top city hospital.

Magufuli, who has in the past year proclaimed there was no Covid in Tanzania, had been rumoured to have been struck by the virus and flown to Nairobi on March 8 via an Amref Flying Doctors service.

In Tanzania, authorities kept a studious silence, sparking off talk of Magufuli's whereabouts.

Magufuli, 61, had last been seen in public on February 24 during a tour of the commercial hub, Dar es Salaam, where he inspected projects and addressed public gatherings.

Magufuli was born on October 29, 1959 in Chato, north-western Tanzania and has been in office since 2015 as the fifth president.

He has previously served as a deputy minister and minister in previous administrations in Tanzania.

Magufuli was serving his second term that was to run until 2025 after controversially winning the Presidential election in 2020.

In its final results, the NEC said the president took 84 per cent of the vote, while opposition candidate Tundu Lissu received 13 per cent.

Corona is satanic, has no chance in Tanzania - Magufuli