Bobi Wine says military has blocked him from leaving compound

•"I’ve tried to leave my compound and I’m being blocked by the military. They say they have orders not to let me leave,” Bobi Wine, Museveni's main rival, said. 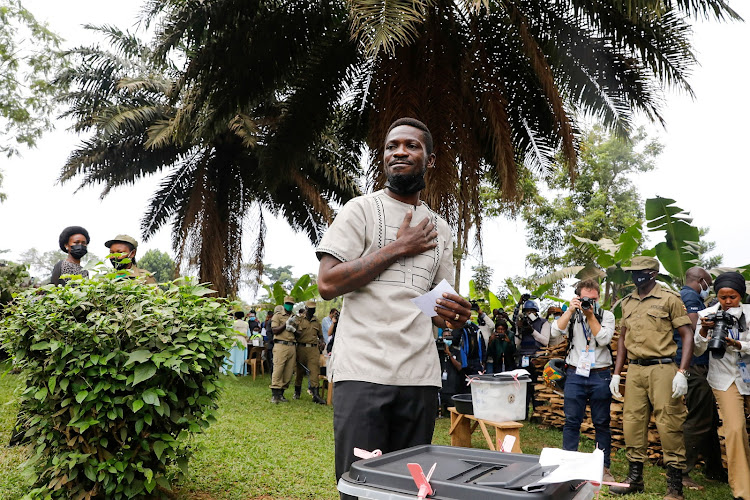 Uganda's main opposition presidential candidate said on Saturday the military is blocking him from leaving his compound, as the country's long-time leader Yoweri Museveni was heading for a resounding win in the presidential election.

"I’ve tried to leave my compound and I’m being blocked by the military. They say they have orders not to let me leave,” Bobi Wine, Museveni's main rival, said.

The country's electoral commission has dismissed allegations of vote rigging, made by Wine, a former pop star.

But election monitors say confidence in the count has been damaged by a three-day internet outage.

Dozens of people were killed during violence in the run-up to the election. Opposition politicians have also accused the government of harassment.

President Museveni, who has been in power for 35 years, is hoping for a sixth term.

The 76-year-old says he is standing for stability. Meanwhile Bobi Wine - the stage name for 38-year-old Robert Kyagulanyi - says he represents the younger generation in one of the world's youngest countries, where the median age is 16.

On Friday, as the results came in, Bobi Wine said that Ugandan soldiers had surrounded and breached his home.

"None of these military intruders is talking to us," he said on Twitter. "We are in serious trouble."

But a government spokesman accused him of "dramatising" the incident "to seek sympathy".

"Bobi Wine at this moment is a very important person. It is the duty of the state of Uganda to ensure he is secure," Don Wanyama said.