US tries to block Nigeria's Ngozi Okonjo-Iweala as WTO boss

• She would be the first woman and first African to lead the WTO.

• But the four-month selection process to find the next WTO director-general hit a roadblock when Washington said it would continue to back South Korea's trade minister. 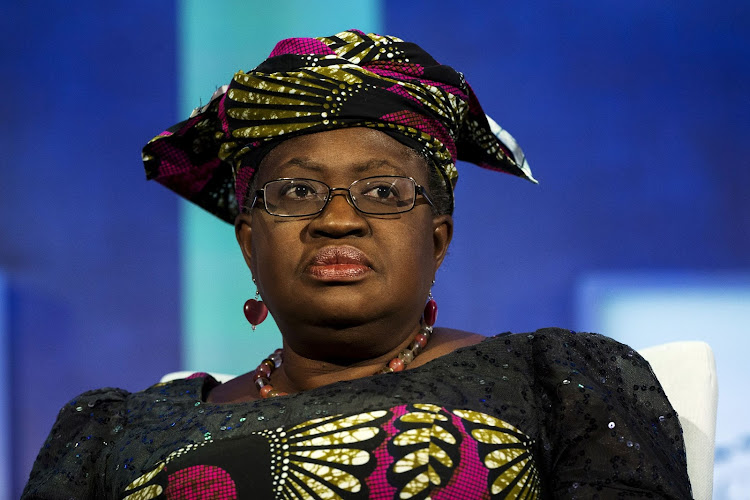 The appointment of Nigeria's ex-finance minister to lead the World Trade Organization (WTO) has been thrown into doubt after the US opposed the move.

She would be the first woman and first African to lead the WTO.

But the US, critical of the WTO's handling of global trade, wants another woman, South Korea's Yoo Myung-hee, saying she could reform the body.

Ms Okonjo-Iweala said she was "immensely humbled" to be nominated.

But the four-month selection process to find the next WTO director-general hit a roadblock when Washington said it would continue to back South Korea's trade minister.

In a statement critical of the WTO, the Office of the US Trade Representative, which advises President Donald Trump on trade policy, said the organisation "must be led by someone with real, hands-on experience in the field".

Ms Yoo had "distinguished herself" as a trade expert and "has all the skills necessary to be an effective leader of the organisation", the statement said.

It added: "This is a very difficult time for the WTO and international trade. There have been no multilateral tariff negotiations in 25 years, the dispute settlement system has gotten out of control, and too few members fulfil basic transparency obligations. The WTO is badly in need of major reform."

The statement did not mention Ms Okonjo-Iweala.

Earlier on Wednesday, after a WTO delegates meeting to discuss the appointment, spokesman Keith Rockwell said just one member country did not support Ms Okonjo-Iweala.

"All of the delegations that expressed their views today expressed very strong support for the process... for the outcome. Except for one," he said.

Mr Trump has described the WTO as "horrible" and biased towards China, and some appointments to key roles in the organisation have already been blocked.

The WTO has called a meeting for 9 November - after the US presidential election - to discuss the issue. US opposition does not mean the Nigerian cannot be appointed, but Washington could nevertheless wield considerable influence over the final decision.

Mr Rockwell told reporters there was likely to be "frenzied activity" to secure a consensus for Ms Okonjo-Iweala's appointment. She has the support of the European Union.

The leadership void was created after outgoing WTO chief Roberto Azevedo stepped down a year early in August. The WTO is currently being steered by four deputies.

Ms Okonjo-Iweala, 66, served as her country's first female finance and foreign minister and has a 25-year career behind her as a development economist at the World Bank..

She also serves on Twitter's board of directors, as chair of the GAVI vaccine alliance and as a special envoy for the World Health Organisation's Covid-19 fight.

If Ms Okonjo-Iweala is eventually appointed she will have a full in-tray. The WTO is already grappling with stalled trade talks and tensions between the US and China.

Earlier this month she said that her broad experience in championing reform made her the right person to help put the WTO back on track. "I am a reform candidate and I think the WTO needs the reform credentials and skills now.