Claims of ballot stuffing, use of violence and intimidation including murder, rape.

• The claims are said to have delegitimized the presidential elections which took place in Tanzania on Wednesday, according to a filing from lawyers for the leading opposition candidate.

• The ruling CCM party, a version of which has held power since independence from Britain in 1961, won the presidency with 58% of votes in 2015 and now holds about three-quarters of parliamentary seats. 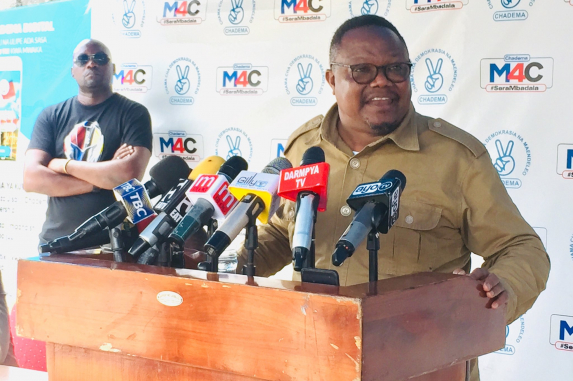 The Commonwealth Secretariat and the African Union are being called up to investigate claims of electoral fraud, violence, and human rights violations in Tanzania.

The claims are said to have delegitimized the presidential elections which took place in Tanzania on Wednesday, according to a filing from lawyers for the leading opposition candidate.

Robert Amsterdam, founding partner of Amsterdam & Partners LLP, which represents Tundu Lissu of the Chama cha Demokrasia na Maendeleo (Party for Democracy and Progress) (“CHADEMA”) party, denounced a series of irregularities in filings before the international bodies and urged member nations to withhold recognition of the fraudulent results.

"We have documented cases of ballot stuffing throughout the country, use of violence and intimidation including murder, rape, and use of mercenaries, widespread irregularities, illegal disqualifications of candidates, and sweeping unlawful arrests and detentions of poll monitors," he said in a statement

The letter highlights urgent concerns that the election rigging could provoke escalating violent exchanges between protesters and the Magufuli regime’s security forces.

"John Pombe Magufuli is no longer a legitimate president, and without immediate means to deliver a fair democratic process, we are most worried that the situation in Tanzania could make #EndSARS protests in Nigeria look tame by comparison," Amsterdam said.

Polls closed in Tanzania's elections on Wednesday with President John Magufuli eyeing a second, five-year term in a contest with 14 challengers, amid complaints of restricted internet access and accusations of fraud.

Magufuli's leading opponent Tundu Lissu, was shot 16 times in 2017 in what remains an unsolved case. He returned from three years in exile in July.

He told Reuters he was getting reports of widespread irregularities and his party's representatives were being prevented from entering polling stations.

"I am told turnout is massive," said Lissu, 52. "The only worry is these irregularities...We will not accept a rigged election."

Results from the presidential and parliamentary elections are expected within a week.

Zitto Kabwe, another opposition leader for the ACT-Wazalendo party, said residents had seized fake ballots in his constituency where he was running for re-election.

"This election has been ruined by the (National Electoral Commission) NEC," he said in a tweet.

The electoral commission denied the allegations.

"There has been information circulating on social media alleging that there are ballot boxes with fake ballot papers," chairman Semistocles Kaijage told reporters in Dar es Salaam. "These allegations ... are unofficial and unsubstantiated."

There were also nationwide problems accessing and uploading information to some social media platforms.

The opposition reported irregularities in Tanzania's semi-autonomous archipelago of Zanzibar after two days of unrest. Police said on Tuesday they had used tear gas and arrested youths blocking the offloading of ballot boxes.

Magufuli, 60, urged voters to turn out after he cast his ballot in the capital Dodoma. "Let me also implore that we maintain peace as there is life after elections."

The ruling CCM party, a version of which has held power since independence from Britain in 1961, won the presidency with 58% of votes in 2015 and now holds about three-quarters of parliamentary seats.

Tanzanians on Wednesday also voted for the East African country's 264-seat parliament on a first-past-the-post basis.

Magufuli, nicknamed "Bulldozer" for his fondness for massive public works and his reputation for getting his way despite opposition, campaigned promising to turbocharge growth in East Africa's third-largest economy with infrastructure projects.

But opposition and rights groups say his government has cracked down on critical voices by closing down media outlets and preventing public rallies.

The government has denied suppressing dissent and the electoral Commission rejected accusations of unfair treatment.