This is the Nigerian painting that sold for Sh140m 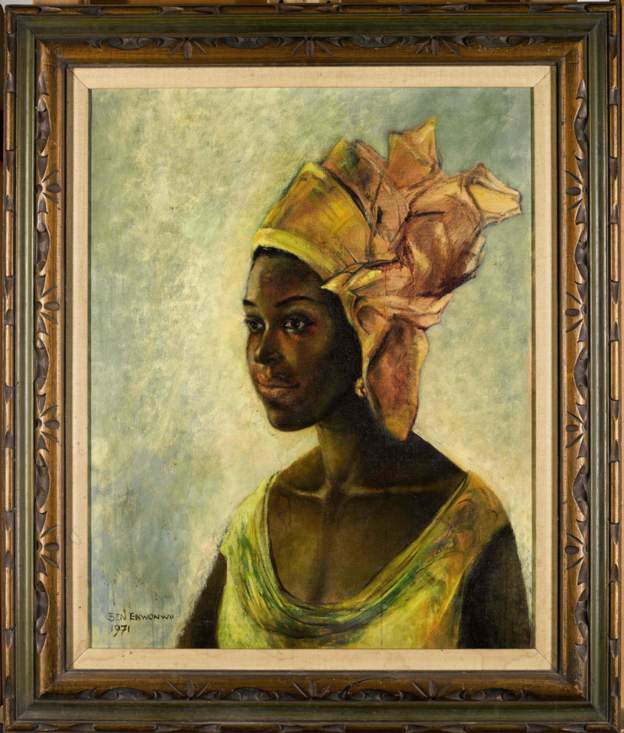 The artwork that sold for Sh140 million.
Image: BBC

A painting by the artist considered to be the father of Nigerian modernism has been bought for $1.4m (Sh140 million) at an auction in London after the owners googled the artist's signature.

Ben Enwonwu's "Christine", painted in 1971 in Lagos, Nigeria, had been in the home of the family of the sitter since then, AFP news agency reports.

But following the passage of time they "were unaware of the significance of the painting or the importance of the artist, until a chance 'googling' of the signature," AFP quotes London auction house Sotheby's as saying.

Enwonwu, who died in 1994, also produced "Tutu", which had been described by Nigerian novelist Ben Okri, as the "African Mona Lisa".Tutu was sold last year for $1.5m after it was discovered in a London flat.

Christine, the subject of the painting that has just been sold, was born in New York but moved to Ghana in her late 20s to live with her step-father, Sotheby's says.

She then moved to Lagos in 1969 where she struck up a friendship with the artist.

Enwonwu was a student at Goldsmiths, Ruskin College, and the Slade art school in the UK in the 1940s.

He became more widely known when he was commissioned to create a bronze sculpture of Queen Elizabeth during her visit to Nigeria in 1956.