She said the High Court and Court of Appeal are currently handling subsequent appeals. 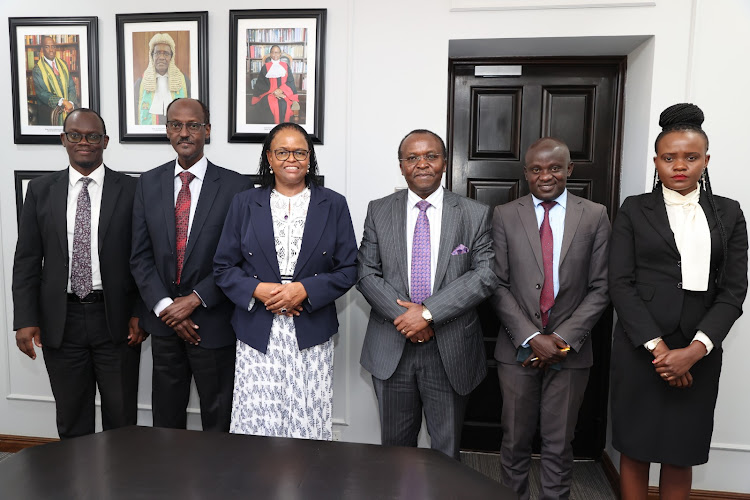 Chief Justice Marth Koome has said 91 out of 219 petitions of the 2022 general election have been finalised in the courts of origin.

On Wednesday, she received a report from the Judiciary Committee on Elections on the status of petitions filed after the polls.

"They included the consolidated presidential petition concluded within the set timelines," Koome said.

The Judiciary Committee on Elections is chaired by Supreme Court Judge Mohammed Ibrahim who started preparing the institution to handle electoral disputes as early as August 14.

Koome revealed that some of the petitions filed about the elections include governors (12) and members of the National Assembly (28).

Two petitions were filed against the election of senator, four for Woman Representative, 77 for Member of County Assembly and 89 party list petitions.

Former Nairobi Governor Evans Kidero was among those who disputed the elections after filing a case in Homabay challenging the victory of Gladys Wanga.

Others have been filed in Busia by former Nambale MP John Sakwa Bunyasi and two in Garissa, another by former Interior CAS Hussein Dadi who lost to Dhadho Godhana has been filed in the Tana River gubernatorial race.

Also challenged is the election of Anne Waiguru as the Kirinyaga governor ( but was withdrawn), Joseph Lenku in Kajiado and others in Makueni, Malindi, Mombasa, Narok and Nyamira.

For the senatorial positions, two petitions have been filed in Vihiga and Narok High Court by Wasilwa Makhakara and Julius Ole Mokita.

As of 14 September, others filed 4 petitions contesting the election of women representatives in Garissa, Kisii, Malindi and Nyamira High court.

For Members of the National Assembly 28 have been filed with the Starehe parliamentary elections being challenged at the Milimani Law Courts.

In addition, 77 Members of the County Assembly have also filed their petitions in different Magistrates Courts.

Post a comment
WATCH: The latest videos from the Star
by MAUREEN KINYANJUI News Reporter
News
26 January 2023 - 07:47
Read The E-Paper