Said the signs of victory for Azimio were so clear, that even UDA was surprised to be announced winners 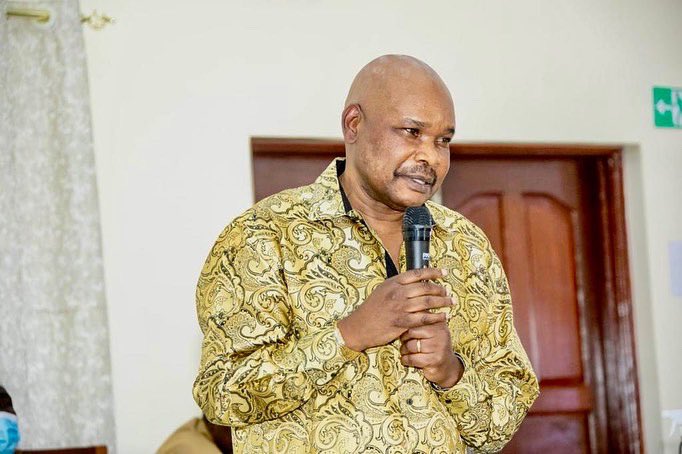 Azimio la Umoja spokesman Makau Mutua has said that the coalition members are depressed because of the 'surprise' outcome of the 2022 general elections.

Speaking on Citizen Tv on Wednesday, he explained that Azimio knew victory was theirs across all regions except the Rift Valley.

"Our folks are just depressed because they did not expect not to be declared the winner. The only place that UDA could have defeated Azimio is in the Rift Valley," Mutua said.

Responding to Makau, Barrack Muluka, Communications Advisor bashed Azimio members and claimed that they are traumatised and in need of therapy as they are in denial that they lost.

"The only thing Azimio saw was victory. You don’t get into a contest believing that there can only be one result and that one result is you are going to win," he said.

Mutua said the signs of victory for Azimio were so clear, that even United Democratic Alliance (UDA) was surprised to be announced the winners.

" If we are honest even UDA were surprised that they were declared winners as they never expected it. UDA knew and everyone knew that Azimio was going to win," Mutua said.

He said that opinion polls and expert opinions which had been carried out a few months towards August 9, 2022, all indicated that Opposition Leader Raila Odinga was in the lead against President William Ruto.

On August 15, IEBC chairman Wafula Chebukati declared William Ruto the President-elect after he defeated Raila and two other candidates in the August 9 poll.

However, his fierce competitor Raila rejected the results terming them "null and void" and promised a bruising battle at the Supreme Court.

He filed a petition at the Supreme Court challenging  Ruto’s win but the petition was dismissed.

The Supreme Court confirmed Ruto's victory in the August 9 election.

Reading the verdict of the Supreme Court, Chief Justice Martha Koome said Ruto garnered 50 per cent plus one vote cast required for one to be announced the winner.

Raila said the possibility of death and bloodshed from post-election violence and fear of International Criminal Court (ICC) charges compelled him to accept Ruto’s disputed win.

During the Kamukunji rally on Monday, Raila said he will not recognise President Ruto's 'illegitimate' Presidency and his government, maintaining that the 2022 presidential poll was marred with irregularities.

He claims plan was hatched by former IEBC chairman Chebukati and two commissioners
News
2 weeks ago
Post a comment
WATCH: The latest videos from the Star
by MAUREEN KINYANJUI News Reporter
News
26 January 2023 - 08:24
Read The E-Paper