Kioni said that Uhuru was not engaged with the coalition's activities and it was okay.

•Kioni said that Uhuru was not engaged with the coalition's activities and it was okay.

• Kioni stated that  Odinga was not mandated to consult anyone on decisions. 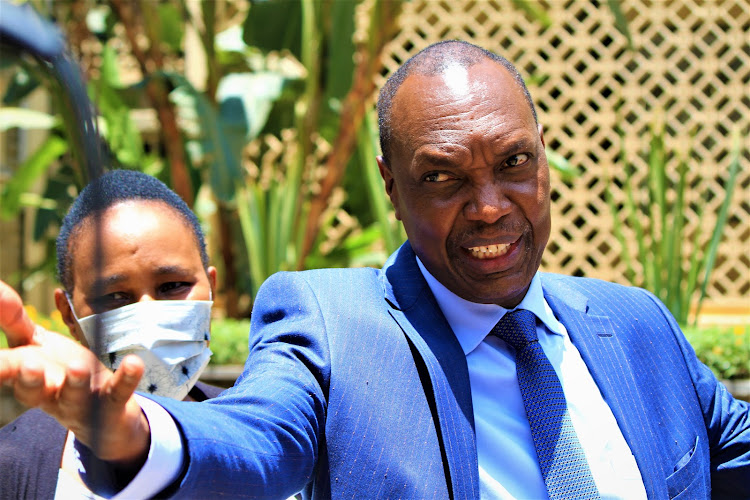 In an Interview with a local news site on Tuesday, he said that Uhuru was not engaged with the coalition's activities and it was okay.

Speaking on the declaration of not recognizing William Ruto as the President, Kioni stated that  Odinga was not mandated to consult anyone on decisions.

"When he ( Raila) got to the airport, we wanted a quick discussion to find out what he was up to and most of our message resonated with his thoughts," he disclosed.

During the Kamukunji rally, Odinga said he will not recognize President William Ruto's 'illegitimate' Presidency and his government, maintaining that the 2022 presidential poll was marred with irregularities.

Odinga insisted that he won the 2022 elections with over two million votes, citing the alleged dossier released by the ‘whistleblower’.

Going further, Kioni said he was not surprised by the Jubilee leaders who went to the State House on Monday.

He explained that some of the behaviours were questionable even during the August 2022 elections.

"The behaviour of some of the members of Parliament did not surprise us. Even during the campaigns, we could see people who were conflicted," Kioni said

"These are people we keep nursing, helping to move on. Maybe later in life, they will stabilise in what they believe in and where they want to belong," he added.

Mutua said that his freedom of conscience cannot allow him to do so.
News
2 weeks ago
Post a comment
WATCH: The latest videos from the Star
by MAUREEN KINYANJUI News Reporter
News
25 January 2023 - 15:45
Read The E-Paper