Top of the agenda included cross-cutting priority areas of development and representation. 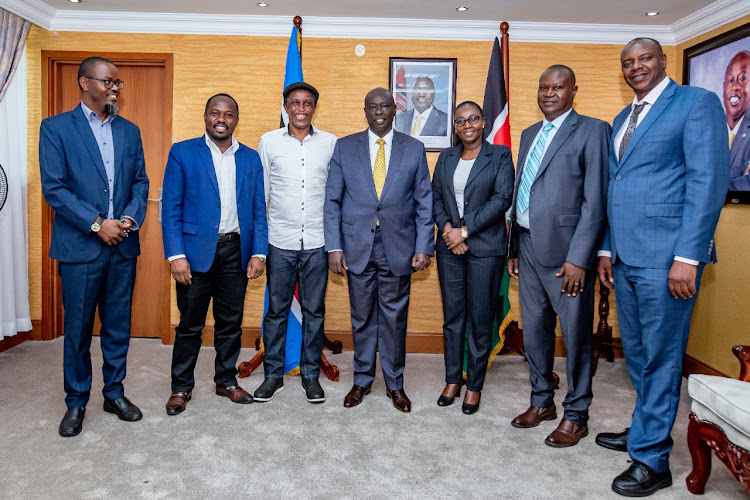 The meeting came in the wake of simmering rivalry among UDA MCAs: with one side in support of Governor Johnson Sakaja and another up in arms with the county boss.

Sakaja and Gachagua were weeks ago embroiled in a war of words of the management of the City, a battle that saw City MCAs roped in.

The latest meeting raises political eyebrows on the possibility of the DP scheming to have a major support base in the City county assembly ostensibly to sway the interests of the Mt Kenya region that was his borne of contention with Sakaja.

But even as speculations mount on the nature of the meeting with Jubilee CA, the  DP in a tweet highlighted that his discussion with the MCAs on Wednesday was purely on delivering the Kenya Kwanza Plan.

The Plan has been sold as the heart and soul of President William Ruto's administration.

"It is for this reason that today, I hosted Nairobi County MCAs from our former Jubilee Party, who had paid me a courtesy call at Harambee House Annex," Gachagua said.

The six MCAs include five elected who are males and one nominated lady.

Gachagua said the top of the agenda included cross-cutting priority areas of development and representation.

"Elections are behind us. It is time to deliver; all leaders must strive to work together towards this goal," he added.

The Nairobi County Assembly has 124 MCAs, where Azimio La Umoja Coalition is the majority.

UDA has 35 elected MCAs same as the ODM party. Jubilee has seven, Wiper four, CCK one and three are Independents.

The same leaders met Gachagua in his office at the Office of the Deputy President before heading to State House.

On Friday, Gachagua met the same leaders in his office
News
1 week ago
Post a comment
WATCH: The latest videos from the Star
by MAUREEN KINYANJUI News Reporter
News
25 January 2023 - 21:03
Read The E-Paper