Kirui Chelogoi was the one acquitted. 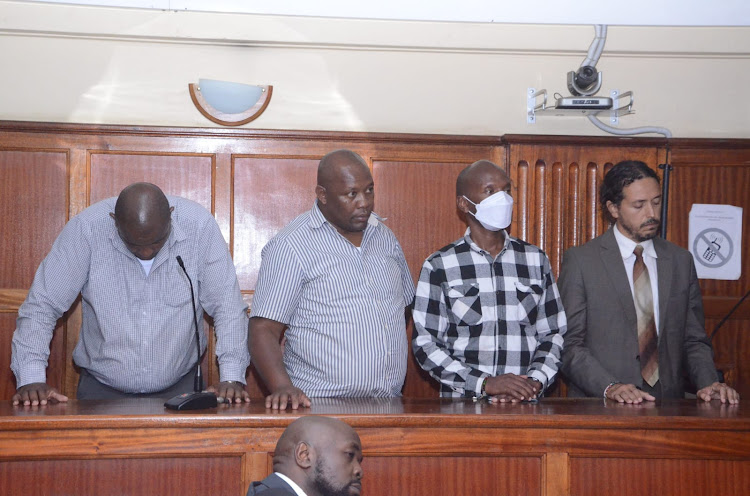 Dwight Sagary with his co-accused Ahmed Omindo, Alex Sifuna, and Moses Kiprotich (Right to Left) at the Milimani law court have been found guilty with the murder of Venezuela ambassador Olga Fonseca on January 25th, 2023./DOUGLAS OKIDDY

Former first secretary at the Venezuelan embassy Dwight Sagaray and three others have been found guilty of the murder of the late Olga Fonsesca.

Justice Roselyn Korir has convicted them of the murder that occured at the embassy in Runda.

The prosecution arraigned five but one has been a quitted as the prosecution did not prove his involvement in the planned murder.

Kirui Chelogoi was the one acquitted.

Post a comment
WATCH: The latest videos from the Star
by SUSAN MUHINDI Court Reporter
News
25 January 2023 - 18:30
Read The E-Paper