Do your work, Barasa tells off Khalwale over bursary funds

He expressed his interest of starting a fertilizer company in Mumias west to employ over 3,000 youth of Kakamega. 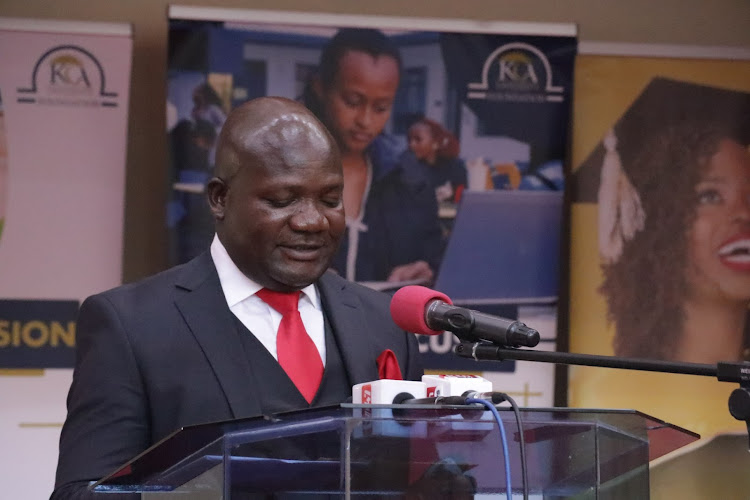 Kakamega Governor Fernandes Barasa has told Kakamega Senator Bonny Khalwale to be factual and accurate in his oversight role.

This comes after a public spat from Khalwale allegedly misleading the public on the amount of bursary given to students per ward.

The Kakamega senator had proposed that the bursary allocation to be Sh20 million instead of Sh2 million per ward.

"The county government of Kakamega allocates a minimum of 3,000 per student according to the student needs," Barasa said.

He spoke on Wednesday during the launch of a 21 km road in Bomani-Matawa Indangalasia-Ogalo in Mumias subcounty.

Barasa called on President William Ruto to intervene and enable the release of Sh425 billion in arrears owed to counties.

The county boss assured residents of his intentions to bring water to each homestead.

"Piping of water to each homestead is soon expected to commence in order to achieve the Amatsi Khumuliango," he said.

He said that sugarcane fees shall be paid to farmers in time not exceeding one week at a cost of 4500 per tonne.

The governor said he also plans to open a fertiliser company in Mumias West to employ more than 3,000 youth.

He urged leaders to come together and unite in improving the livelihoods of Kakamega residents.

He said he hoped emerging allegations of cheating in the 2022 KCSE are just mere allegations.
News
1 week ago

Stop being a broker, Barasa tells Khalwale over Ruto link

Governor says he has unrestricted access to the President; doesn't need intermediaries.
News
1 week ago

The governor said the Orange Party has a strong grip on the region.
News
2 weeks ago
Post a comment
WATCH: The latest videos from the Star
by PERPETUA ETYANG
News
25 January 2023 - 16:04
Read The E-Paper