MPs may shoot down budget over NG-CDF saga – Ledama

Says National Assembly may down tools soon over the funds.

• The vocal senator said on Tuesday MPs may refuse to approve the budget over the failure of the Treasury to disburse National Government-CDF funds.

• MPs on Tuesday for the second day stormed out of an induction workshop at the Pride Inn Hotel in Mombasa over the delayed disbursement of NG-CDF funds. 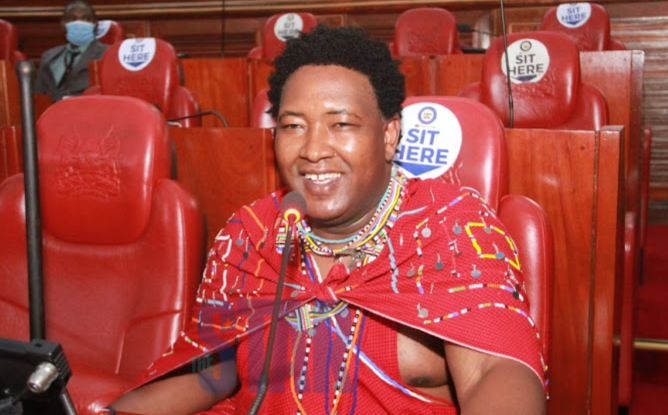 Narok Senator Ledama Olekina has predicted bad times ahead for President William Ruto's administration regarding the approval of the budget by Parliament.

The vocal senator said on Tuesday MPs may refuse to approve the budget over the failure of the Treasury to disburse National Government-CDF funds.

"Things are looking bad! The National Assembly might down their tools soon…strike notice issued, no CDF no Budget," Ledama said in a statement via social media.

His remarks came hours after MPs for the second day running stormed out of an induction workshop at the Pride Inn Hotel in Mombasa over the delayed disbursement of NG-CDF funds.

They staged a similar walk-out on Monday and accused Treasury Cabinet Secretary Prof Njuguna Ndung'u of playing games with them.

During Tuesday's walkout, the MPs vowed not to resume the training until the funds are deposited in county government accounts.

"It's pure balderdash to come and entertain nonsensical, comical and ridiculous activities being done here while our people are suffering," Embakasi East MP Babu Owino said after the revolt.

"This meeting will stop until the money is put into our accounts,” he affirmed and dismissed claims that the government is broke.

Following the standoff, the Liaison Committee called off Tuesday's induction session and said the seminar will continue on Wednesday.

"Following a resolution of the Liaison Committee today morning, the Committees’ Induction Sessions will continue tomorrow Wednesday, 25th, January 2023 at 0900hrs, at Pride Inn Paradise Resort and Convention Centre, Mombasa County," the committee said in a dispatch to the media.

Ledama said President Ruto should not take the matter lightly and pointed out that MPs will not back down on their demands for the funds.

"President William Ruto thinks it’s easy to control MPs who have constituents to respond to especially with back to school gear … ni kubaya (things are bad)…am happy am in the Senate," Ledama said.

While staging the walk-out on Tuesday, the MPs led by National Assembly NG-CDF Committee chairman Musa Sirma said the 'war' will continue.

They said the money is a basic need that underprivileged children need to go to school as the new academic calendar gets underway.

Should Ledama's caution come to pass, Ruto's 2023/24 budget of Sh3.64 trillion as proposed in the Draft Budget Policy Statement may be shot down by MPs in protest.

MPs storm out of Mombasa induction again over NG-CDF

They insist the money must be deposited into accounts before they resume training.
News
4 days ago

MPs storm out of Mombasa meeting over delayed NG-CDF money

Say they will boycott training until fund is released, accuse Treasury CS of playing games with them
News
4 days ago
Post a comment
WATCH: The latest videos from the Star
by EMMANUEL WANJALA Radio, Print & Digital Reporter
News
24 January 2023 - 21:55
Read The E-Paper