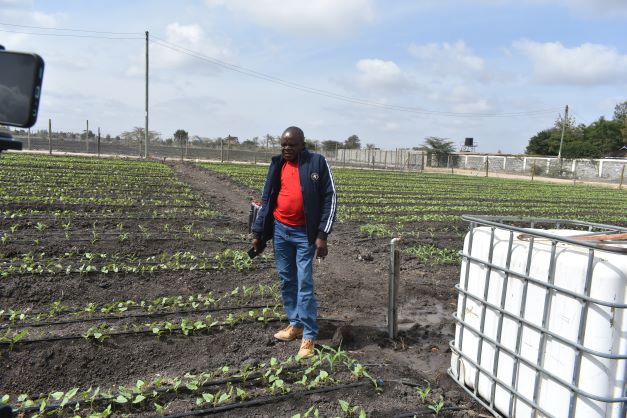 Frustrated by consistent drought over the years that has wiped out his livestock, Kaputiei North MCA Joshua Olowuasa has crossed over to modern agriculture.

Olowuasa, who between August 2022 and early January this year lost more than 200 cows, is now an exporter of French beans.

The new farmer on the block has set aside 10 acres of the crop and sought the expertise of an agronomist, Wilson Ager.

Ager is an employee of Keitt Exporters Ltd, a company that exports fruits and vegetables, in the department of out-growers and which contract farmers in Kajiado to produce French beans.

Preparing one acre for planting French beans, including the fencing and laying the water pipes costs between Sh100,000 and Sh130,000, according to Ager. In the next planting, the cost reduces drastically to affordable levels.

Ager says harvesting of French beans starts on the eighth week and from then you can harvest the same plants for 2 to 3 weeks.

“You can harvest at least twice a week after the first harvest. This will bring, at the end of it, 4 to 5 tons of beans per acre,” said Ager.

Ager said the demand for beans abroad is quite high and his company is trying to recruit as many farmers as possible.

Olowuasa, in an interview, said he has seen a light at the end of the tunnel.

“With Sh1 million from my ten acres in 8 weeks, I think I am breaking the barriers which I could not achieve when I was having about 200 traditional cows,” said Olowuasa.

He said many livestock farmers, who had hundreds of cows, sheep and goats, lost all their stocks in the current drought.

“Most of them who have children in high school may not afford to pay fees as it is now. Leave alone fees, they can even eat well. They are suffering a lot,” said the MCA.

He said he has started a campaign to sensitise the Kajiado Maasai to embrace irrigation farming.

“With two to five graded cows, I can sell milk and feed my children. I do not need to suffer any more during the drought period from wondering what my cows will eat,” said the MCA.

In nearly every homestead in Kajiado, cows have died due to the prolonged drought.

The cost of buying hay for the few surviving cows in the county has pushed the pastoralists into poverty.

The price of one bale of grass is Sh250 and a cow requires at least 4 of them to be able to see another day.

Most families cannot afford that kind of luxury and have left the little livestock remaining to die.

Politician Olowuasa suggests that the county government can sink boreholes for agricultural purposes in a bit to alleviate the lives of the people.

“Our people should now think fast and move out of livestock rearing. The cows we keep cannot sustain us,” said Olowuasa. 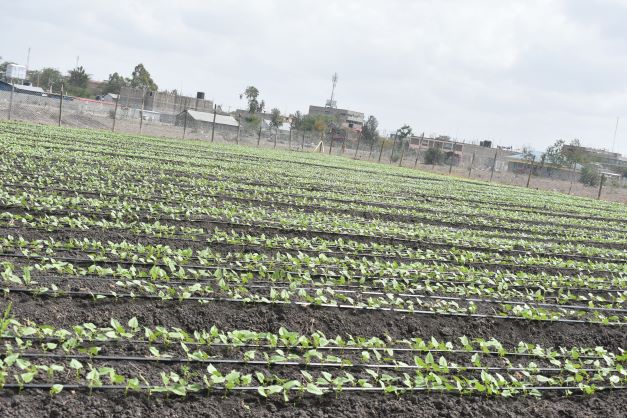 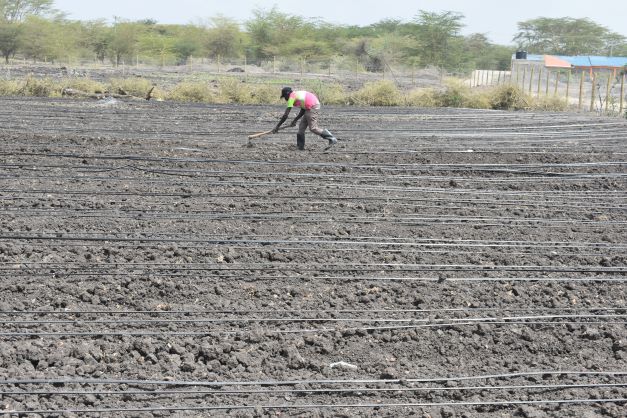 Said Kenya has been hit by the worst drought in a decade due to failed rains.
News
2 weeks ago

Crops have failed, water sources have dried up and livestock are dying in the thousands
Counties
2 weeks ago

Some 4.35 million people are in need of food assistance.
News
2 months ago

The MCAs have taken a long recess and will be coming back in February.
Counties
2 months ago

Privatisation, land fragmentation and land selling forcing pastoralists to venture to new areas, where they face threat of diseases.
News
2 months ago
Post a comment
WATCH: The latest videos from the Star
by KURGAT MARINDANY Correspondent
News
24 January 2023 - 21:30
Read The E-Paper