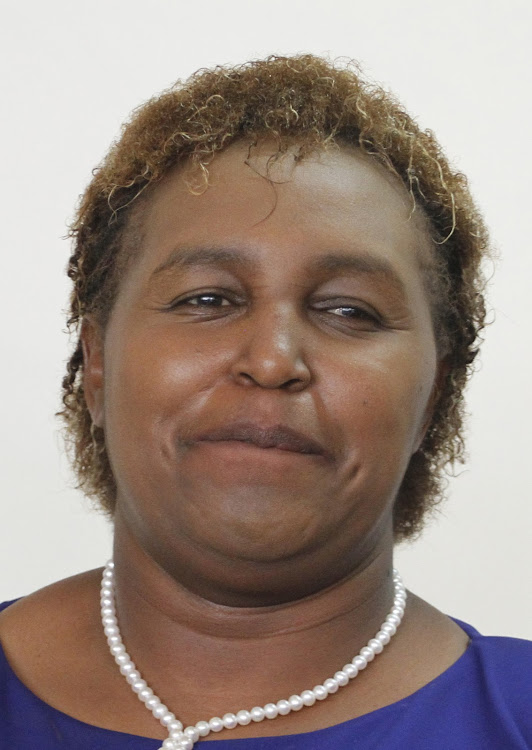 Aldai MP Maryanne Kitany failed to get orders restraining Agriculture CS Mithika Linturi from kicking her out of their Runda home.

The two have been in a protracted court battle over the property with the lawmaker claiming to have contributed almost the whole value of the house. That case is still pending in court.

On September 27 last year, chief magistrate Heston Nyaga ruled that Linturi and Kitany were never married. That ruling collapsed a divorce case that had been filed by Kitany in 2019.

It was out of Nyaga's ruling that Kitany went to the High Court, citing apprehension that Linturi would evict her from their home.

She asked the court to restrain Linturi or his agents from evicting, interfering with her quiet possession, stay and occupation of the home until the matter was determined.

It is this application that Justice Maureen Odero dismissed on Friday after finding no orders to stay from the magistrate's ruling.

The judge also said that Kitany had sought similar prayers at the Court of Appeal, which were denied.

"In view of the fact that there exist a Court of Appeal decision on the question of temporary injunction, this court has no authority to revisit the issue," Justice Odero said.

She said the application was devoid of merit and dismissed it in its entirety.

However, that decision did not allow Linturi to kick Kitany out of the Runda home as was reported in the dailies.

Newspaper headlines claimed the CS had been given express court orders to kick out Kitany from the property.

"The media running the headlines deliberately distorted the facts to create an impression that the court had ordered the eviction so that when the CS eventually attempt to illegally kick me out of the house, it would appear to the public eye like a court-ordered eviction," Kitany said in protest.

"No wonder, immediately the headlines went up, the CS sent auctioneers to my residence on Monday while I was away on duty in Mombasa who unsuccessfully tried to evict me."

From the bedroom to the political arena, Linturi has been dogged bycontroversy.
News
1 year ago
Post a comment
WATCH: The latest videos from the Star
by STAR REPORTER
News
24 January 2023 - 21:00
Read The E-Paper