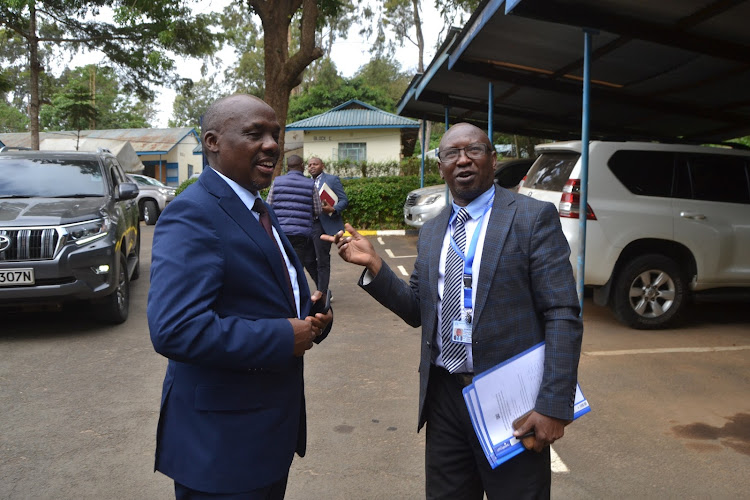 Water and Irrigation Principal Secretary Paul Kiprono Ronoh on Friday condemned the system of supplying water to Kenyans through water kiosks as it had no place in modern society.

Ronoh called for a shift from what he called the old-fashioned way of supplying water, saying it was demeaning and amounted to treating citizens as cattle.

"People are not cows to be provided with water through Kiosks and Water troughs. They deserve metered water connections at their homes," the PS said.

He was speaking in the Kitui town offices of the Tanathi Water Works Authority, where he paid a courtesy call to the CEO Fredrick Mwamati.

Ronoh was in Kitui to inspect a number of water installations and projects under the Tanathi Water Works and the Kitui county government.

He also paid a courtesy call on Governor Julius Malombe and the county commissioner Erastus Mbui.

The PS said he was surprised Mwamati told him that many people in Kitui county were served with water through water kiosks.

He said the provision of water could not be rated on the amount of water given out through water kiosks, saying household connection was the way to go.

Ronoh also said stern action would be taken against contractors working on water projects who do shoddy work or are unable to complete work within the given time frame.

The PS was particularly concerned that a contractor who was doing the Sh800 million Matuu-Kitui last-mile water connectivity had not completed the works since 2029.

He ordered the Water secretary in his ministry to carry out an investigation on the project and established whether the 42 per cent payment to the Nigeria BMK contractors was justified.

Ronoh said following the outcome of the probe that should get underway immediately, some individuals were likely to find themselves in hot soup, and might even be jailed for misuse of public funds.