Some 4.35 million people are in need of food assistance

• According to NDMA, the drought situation continues to deteriorate in 21 of the 23 ASAL counties.

• This is attributed to the four failed consecutive rain seasons, late onset and poor distribution in the 2022 short rains season. 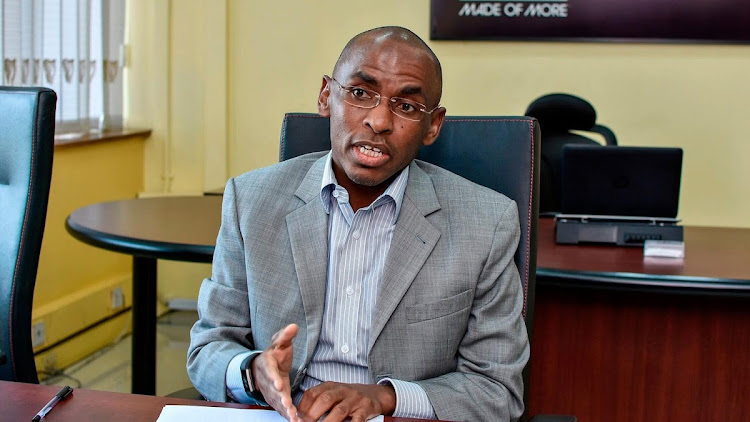 The National steering committee on drought response has announced it has raised more than Sh592 million since it was launched.

Safaricom CEO Peter Ndegwa who is the committee's chairperson revealed this on Sunday after briefing the President on the progress it has made.

During the event, Ndegwa also announced the launch of a 'Wakenya Tulindane campaign'.

The ongoing campaign has been fashioned to mirror its objective.

“We have adopted the name Wakenya Tulindane, which we believe symbolises the essence of the campaign; to safeguard our people and our country from effects of drought through both short and long term measures," Ndegwa said.

The collected amount, Ndegwa said, will be used to purchase and distribute relief food as well as facilitate cash transfers.

"We look forward to the task ahead as we support our brothers and sisters impacted by drought. We appeal to Kenyans to donate any amount they can go towards the appeal fund," he said.

To ensure transparency in collection and disbursement of the funds, the chairperson said five sub-committees have been formed.

Their roles include developing long term sustainable solutions against the perennial effects of drought.

The sub-committees include Finance and Governance, Communications and Awareness, Resource Mobilisation, Procurement, Logistics and Operations and Sustainability.

According to NDMA, the drought situation continues to deteriorate in 21 of the 23 ASAL counties.

This is attributed to the four failed consecutive rain seasons, late onset and poor distribution of the 2022 short rains season.

Some 4.35 million people are in need of food assistance.

The remaining two counties of Baringo and West Pokot are in Normal drought phase.

Acute malnutrition has also been noted across the counties with 942,000 cases of children aged 6-59 months acutely malnourished.

A further 134,000 cases of pregnant or lactating women are acutely malnourished and in need of treatment.

Co-operative Bank contributed Sh150 million, which was the highest.
News
1 month ago

Resolution was reached during third Cabinet meeting on Tuesday.
News
1 month ago
Post a comment
WATCH: The latest videos from the Star
by FELIX KIPKEMOI Political Reporter
News
04 December 2022 - 15:46
Read The E-Paper