Why Ruto climbed down on maize imports

Ruto made the U-turn to avert a backlash from leaders and maize farmers. 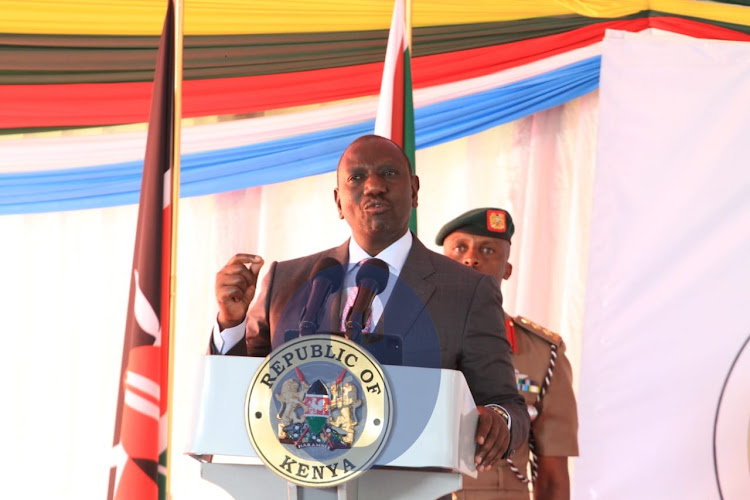 President William Ruto was on Tuesday forced to intervene and avert a major political and food crisis after he slammed the brakes on the importation of Maize.

The Star understands that the President made the decision as part of the government’s deliberate move to cushion local farmers from huge losses that could have been occasioned by maize imports.

It also emerged that the storm that was brewing in Ruto’s Rift valley breadbasket and parts of Western Kenya coupled with massive political attacks from the opposition forced Ruto to make a u-turn.

Tuesday’s cabinet set February 2023 as the opening window for the importation of maize after local farmers complained that this year’s timing coincided with the harvesting season.

“With this year’s crop estimated to yield about 30 million bags of maize and in honour of our nation’s sacred duty to our farmers, Cabinet resolves that the farmers produce will be accorded priority access to the market,” said the head of state in a cabinet dispatch.

A section of political leader-including those from Ruto's backyard-had come out to strongly oppose any plans to import maize claiming local farmers have enough stocks.

There were also impeachment threats to Trade Cabinet Secretary Moses Kuria after he affirmed that the government will import maize.

This came in the wake of a 72-hour ultimatum by Kuria to farmers he said are hoarding maize.

He told them to sell the maize to the National cereals board.

Kuria had further threatened to publish a Gazette notice authorizing the importation of maize to the country.

As part of the long-term interventions to address food security, the cabinet in which Ruto chaired also stated that farmers will continue to access low-cost fertilizers at Sh3,500.

A section of legislators from Ruto's allies were threatening to initiate a motion against Kuria over his statements.

Kuria was also on a warpath with his Agriculture CS Mithika Linturi over the saga.

No maize imports until February next year - Linturi

The imports would only follow after a review establishes there are deficits.
News
2 months ago

Maize farmers to have priority access to market — Cabinet

Farmers had grown worried that importation of 10 million bags of maize would deny them market.
News
2 months ago

Say a majority of them are harvesting and drying their produce before selling it.
Counties
2 months ago

They said maize production this year is 45 per cent of what was expected.
News
2 months ago
Post a comment
WATCH: The latest videos from the Star
by FELIX KIPKEMOI Political Reporter
News
30 November 2022 - 08:48
Read The E-Paper