Six priorities to get Kenya’s curriculum back on track

• Public disillusionment with the competency-based curriculum has forced a government review.

• Frustrations with the curriculum centre around the complexity of learning activities and its sustainability. 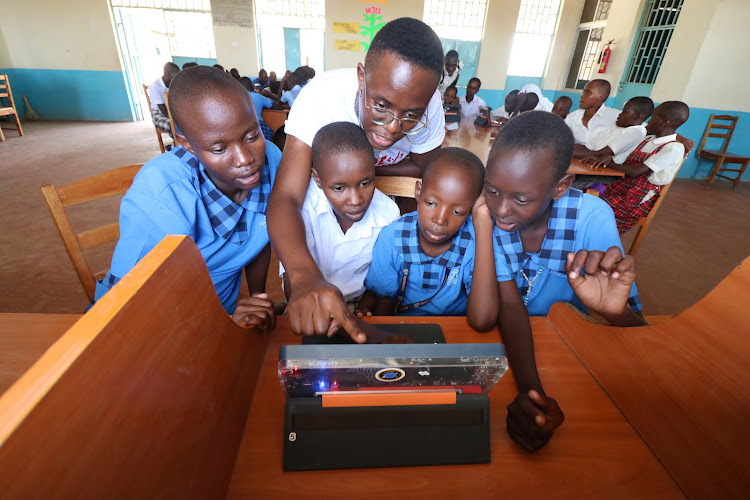 A teacher instructs pupils how to operate a laptop.
Image: FILE

Kenya’s education curriculum was reformed in 2017 to improve its quality – but now many Kenyans are calling for change again. Public disillusionment with the competency-based curriculum has forced a government review.

Frustrations with the curriculum centre around the complexity of learning activities and its sustainability given the high costs involved in its delivery.

The previous 8-4-4 curriculum, launched in 1985, required eight years of primary schooling and four years each of secondary and tertiary education. Critics were unhappy with its emphasis on rote learning and teacher-centered pedagogical practices. They also noted that graduates of the 8-4-4 curriculum were ill-prepared for the workforce. A 2009 government evaluation found the system had limited practical training opportunities and a heavy focus on examinations.

In our view as education researchers, the adoption of the competency-based curriculum in Kenya shows glaring gaps in design, planning and execution. At the very basic level, there is a looming question on whether the curriculum is well understood. It is vastly different from 8-4-4, and many stakeholders, including parents and teachers, aren’t clear about how it works and what it requires of them.

A national curriculum provides a framework and guidance on the core knowledge students need to learn in key subjects. It’s a critical driver in teaching and learning. However, it exists within an intricate set of interconnected educational components that require intentional planning and execution to function optimally.

Failure to take multiple aspects into consideration – such as teaching capacity, assessments, transitions and resources – compromises the best intentions and harms a large population of learners.

In Kenya’s case, the competency-based curriculum ship has sailed; scrapping it now would do more harm than good.

Firstly, large financial investments have been made. According to the Kenya Institute of Curriculum Development, the government has spent more than US$1.6 billion on curriculum reform. This includes the money spent on research, assessments and a two-year pilot study.

Secondly, we believe that the competency-based curriculum may potentially improve Kenya’s education system and provide learners with rich learning experiences.

The government has taken the first step in addressing discontent with the curriculum by appointing a task force to address the public’s concerns.

A new academic year begins in January 2023, with the first cohort of 1.3 million learners expected to join junior high school. Kenyans needs clear guidance on this transition. They need to know where junior high schools will be located, for instance, and the costs involved. This will help ease the frustrations caused by current uncertainties.

Based on our research experience on curriculum development, teaching and education systems, we have drawn up a list of six priorities the task force should consider. These include acknowledging that Kenyans’ frustrations with the curriculum change are legitimate, and that to be successful, the system needs adaptations.

Some parents are receptive and enthusiastic about these aspects of the new curriculum. For those against it, the complaints have focused on affordability and feasibility.

At face value, practical experiences are relevant and can enrich students’ learning. However, challenges arise when resources are unavailable and parents are required to constantly purchase and improvise resources.

In an already unequal society, this model strains many families, particularly those who live in low-resourced households, outside urban centres, and those in places without access to basic infrastructure like electricity.

The curriculum also demands more parental engagement than 8-4-4 did. Some parents feel unprepared to get involved.

The frustrations with the competency-based curriculum may be magnified because of a familiarity with 8-4-4 – in place for 32 years – and the difficulties that come with change. Yet, concerns about its demands, both financial and skill-based, are legitimate for many parents who see the curriculum as catering only to those with particular skills and those who can afford the time and resources required.

Kenya isn’t the first country in the east African region to launch a competency-based curriculum. Rwanda did it in 2015. Comparing the experiences of these two countries requires caution, given the differences in contexts, education policies, and political and cultural environments. Rwanda, however, faced some challenges similar to Kenya’s, including limited availability of resources and a persistence of old teaching practices.

There’s an immediate need for stakeholders, particularly ardent supporters of the curriculum, to lessen the grip on their vision and evaluate where the curriculum rollout in Kenya missed the mark.

Task forces can create change by bringing stakeholders together and forging alliances. But they can also be costly. They have a reputation for under-delivering beyond publishing reports.

The curriculum task force should consider these six priorities.

There is value in curriculum reforms and in adapting best practices from different contexts. However, many challenges with the Kenyan curriculum stem from mismatches with the local context, inadequate preparation and foresight.

Ignoring the realities of large populations of learners and parents, and making sweeping assumptions doesn’t make these realities go away.

The task force has a monumental and urgent responsibility to bring Kenyans closer to a resolution.

CBC report to be ready by Friday – Gachagua

State should take care of all CBC costs — Babu Owino

Says CBC is practical and should be implemented
News
2 months ago
Post a comment
WATCH: The latest videos from the Star
by ELISHEBA KIRU and BRENDA WAWIRE
News
29 November 2022 - 15:26
Read The E-Paper