Why Raila is not sitting pretty

His allies appear to have abandoned him and are warming up to President William Ruto. 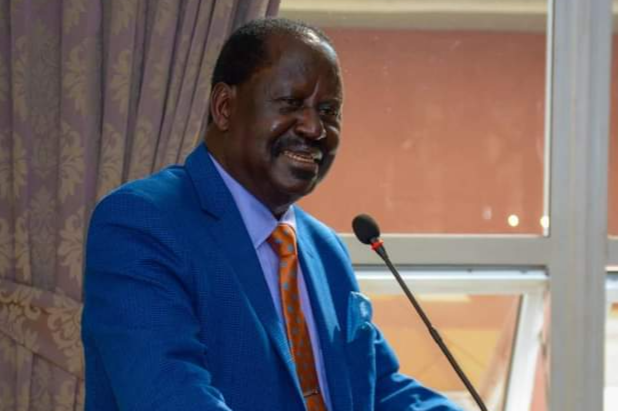 Azimio la Umoja leader Raila Odinga is a restless man even as he tries to appear calm in the wake of a weakening Opposition.

His allies including those from his traditional strongholds, appear to have abandoned Raila and are warming up to his nemesis, President William Ruto.

Some of his long-time allies from Western and Coast regions have already indicated that they are keen on working with Ruto, the man Raila is now alleging that is taking the country back to the state of affairs witnessed in the Nyayo regime of the 1980s.

“The injustice being inflicted on the IEBC commissioners, if it proceeds as currently conceived, will mark the beginning of a massive pushback against Ruto and those who think like him, by the people of Kenya. We will openly and robustly lead that pushback,” he said on Thursday.

Azimio spokesman, Makau Mutua said Ruto was on a mission to buy Opposition to his side.

“The President is buying off MPs so that there can be no oversight. Azimio will not let this happen,” he said.

Raila will today meet Azimio leaders in a retreat in Naivasha for a two-day meeting to take stock of the August 9 elections and chart the way forward.

Ruto is also expected to meet governors from the Lake Basin region on Saturday. Most of them are Raila allies.

Uhuru has been conspicuously missing in Azimio meetings and seems to be concentrating on his new role as Peace Envoy for the Great Lakes and Horn of Africa region.

MPs from Western Kenya who had ditched Prime Cabinet Secretary Musalia Mudavadi for Raila in the run-up to elections are also warming up to Ruto.

The MPs met Mudavadi on Wednesday where they resolved to work together for the development of the region.

Led by the Western Region MPs Caucus Chairman Sirisia MP John Waluke, they expressed their commitment to the unity of the region.

Even as Western warms up to Ruto, Raila has maintained that the Kenya Kwanza administration is on a path of impunity, witch hunt and revenge.

Raila in trouble as Musalia moves to consolidate Western backyard

Raila asked the commissioners to give the sessions a wide berth.
News
1 week ago
Post a comment
WATCH: The latest videos from the Star
by ALLAN KISIA Political Writer
News
25 November 2022 - 08:16
Read The E-Paper