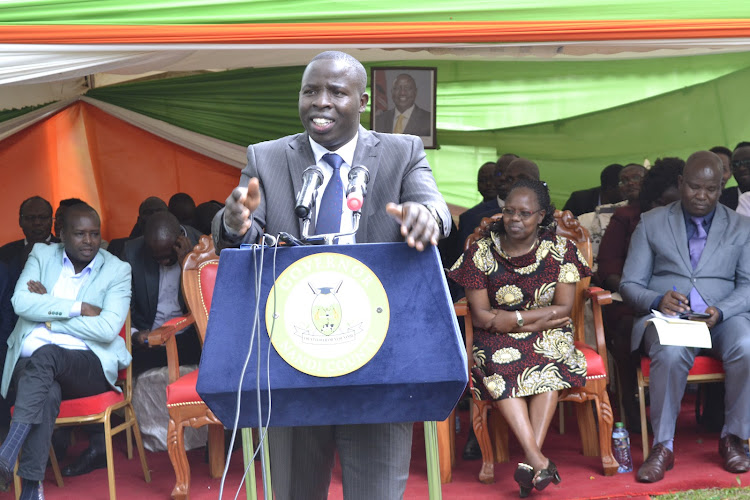 Sang said his government is focused on the completion of the county government offices initiated by the first governor and the new county assembly complex.

Also in the programme for completion is the Sh500 million Mother-Baby Hospital complex at the Kapsabet Level 5 Hospital which is 80 per cent complete.

Sang spoke when he presided over the swearing-in of CECs at his offices.

Three of his executives are new while he retained five.

Keter was the deputy Kapsabet municipality manager and his former personal assistant while he was Nandi senator.

Serem is a former Chemelil/Chemase MCA who had been elected on an independent ticket in 2017 while Tuwei was for tourism, culture and social welfare chief officer.

He, however, said the state of roads in Nandi was worrying due to heavy downpours and called on the roads department to move in with speed and restore them.

The governor appealed to the Ministry of Water to speed up the construction of Keben water dam which he said would solve 60 per cent of water issues facing residents.

Sang appealed to the national government to complete all projects that had been awarded by the previous regime.

“We have confidence that all programmes earmarked for our region by the government before the famous 'handshake' would be completed,” he said.