Ruto's handlers are said to have directly reached out to the key proponents of the campaign. 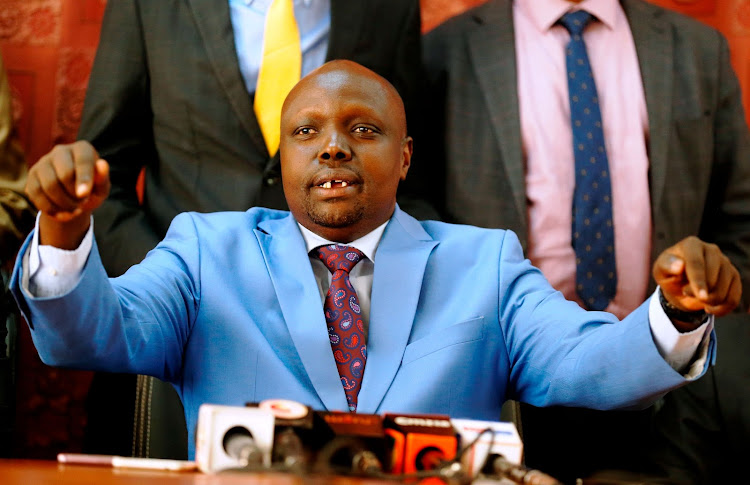 A section of President William Ruto’s legislators have been forced to abandon their quest to oppose the importation of maize and kick out CS Moses Kuria.

The Star has established that President Ruto’s administration was unhappy with some of the MPs publicly bashing policies including the importation of GMO maize.

The President’s handlers are said to have directly reached out to the key proponents of the anti-GMO campaign telling them to go slow on the matter as it was giving gains to the opposition team.

They asked the MPs to stop the push to have Trade CS Moses Kuria impeached for allegedly allowing the importation of maize before a government notice.

“We are no longer interested in having Kuria impeached, for now, we are exploring other internal avenues to have our concerns addressed,” a  Rift Valley MP who was part of the campaign said.

When contacted for a comment, Bomet Central MP Richard Kilel refused to talk about the issue.

“Let us discuss other things but not on maize and the GMO issue,” Kilel said.

Early in the week, some Kenyans and lawmakers led by Nandi Senator Samson Cherargei took on the State over GMO foods.

This came after reports emerged that a ship ferrying 10 million bags of maize had docked at the Mombasa port.

Kuria had in a statement said there were plans to import duty-free maize GMO and non-GMO maize.

“I will be signing a Gazette notice to allow for the importation of GMO maize duty-free until we achieve food security because that is our cardinal responsibility as government,” he said.

This, he said, will then open up the market to millers and anyone who wishes to import the maize duty-free for six months.

Cherargei questioned why the government was in a hurry to allow the importation of maize, yet farmers from Rift Valley were harvesting maize.

Various quarters that include the opposition team also rallied behind the Ruto team lashing out at the Ministry of Agriculture for allegedly rushing to implement the idea.

In a statement, Raila termed the lifting of the ban on GMO foods and their importation a betrayal to our country by Ruto’s administration.

“We in Azimio la Umoja want to state categorically that this decision-which has been made without deliberation or public participation-will have far-reaching and catastrophic implications on Kenya’s agriculture, the health of the people, and our environment,” Raila said.

He defended the importation, saying that it is Kenyans lives at stake.
News
1 week ago

Why GMO maize is safe to eat — MP Mutunga Kanyuithia

He said the CS is right to import maize to help with food shortage in the country
News
1 week ago
Post a comment
WATCH: The latest videos from the Star
by FELIX KIPKEMOI Political Reporter
News
25 November 2022 - 10:09
Read The E-Paper