Candidates in ASAL areas to be provided with meals - Maalim

He also warned against exam malpractice in the region. 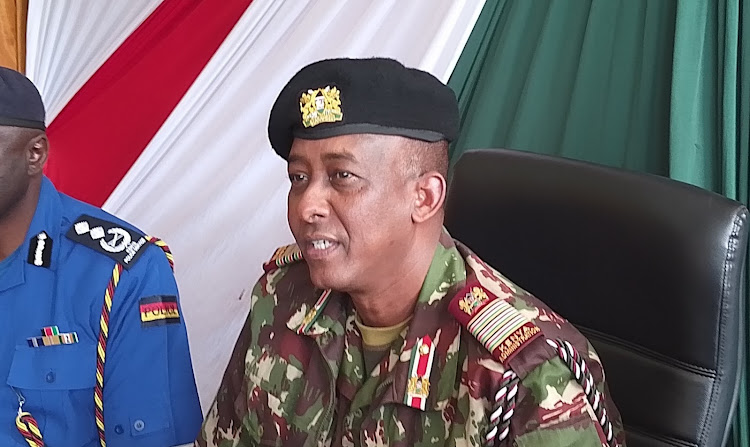 Candidates from Arid and Semi-Arid areas will be provided with meals during the examinations period, Rift Valley Regional Commissioner Maalim Mohamed has said.

These are some of the measures that the government has taken to ensure that the examinations in these areas are conducted smoothly.

Speaking to the media after meeting with region security heads to deliberate on exam preparedness, Maalim reiterated the need of making the candidates comfortable as they sit their national exams.

“The county commissioners and county steering group will make sure that enough food is prepared for those students until they finish their exams,” Maalim said.

“Candidates sitting the exams in Baringo, Elgeyo Marakwet, West Pokot, Turkana, Samburu and Laikipia will be provided with meals until the end of the exams period.”

Maalim has also revealed that security has been beefed up in the region, noting that as compared to last year the region is experiencing relative calm.

Areas of Baringo for example where several schools had to be merged are now safe thanks to the multi-agency approach in the exams preparedness in collaboration with other education stakeholders.

According to the commissioner, only about three schools will be merged in Baringo County as a result of the schools being vandalized by bandits.

“We are collaborating with our county commissioners, governors, MPs, MCAs and the ministry of education to make sure that during the long holiday, these classes are rebuilt. By the end of January next year, all the schools which had been closed will be reopened,” Maalim stated.

He further noted that the security of vehicles transporting the examination materials has been well-catered for. The chief’s motorcycles will also be used to access other areas.

A helicopter will also be available in case of any emergencies that need instant intervention.

Maalim has also warned against exam malpractice in the region committing to delivering successful and credible examinations.

Grade six learners will on Monday start with Mathematics at 8.30 am
News
2 days ago

Security beefed up in Nakuru ahead of festive season

County commander says police have increased patrols both day and night
News
3 days ago
Post a comment
WATCH: The latest videos from the Star
by JAMES MUNYUA
News
25 November 2022 - 08:33
Read The E-Paper