He said the move will allow IEBC to conduct free and fair elections. 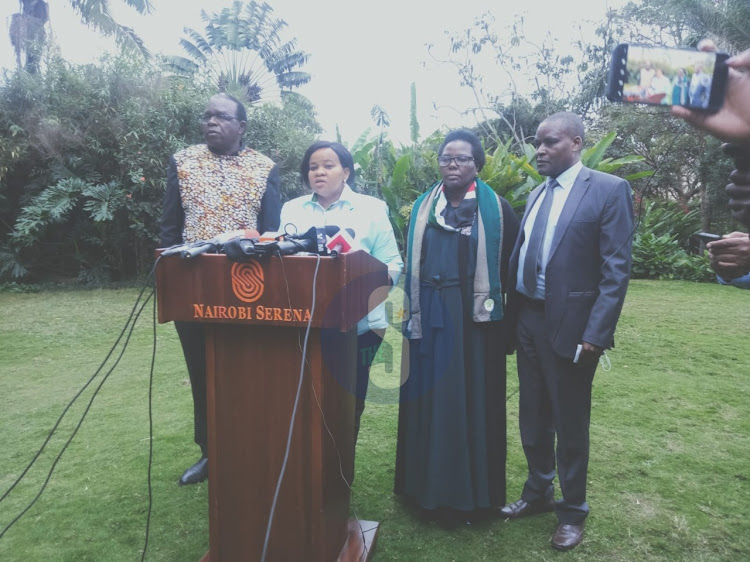 Petitioner Owour Gerry has said by-elections that were to take place in December can be postponed to allow IEBC to be reconstituted.

Presenting his petition for the removal of Four IEBC commissioners on Friday, he said the move will allow IEBC to conduct free and fair elections.

"A section of the elections act precipitates a scenario or a situation where an election can be postponed. The by-elections are not a matter of emergency."

"They can be postponed for the IEBC to be filled with competent people that have high integrity and standard of professionalism capable of performing the functions that are bestowed upon them by law," he said.

The four did not own the results that gave William Ruto victory in the face-off with Odinga.

In October IEBC Chairman Wafula Chebukati announced that the Bungoma Senatorial by-election will be held on December 8.

The President said the Cherera Four must be held to account.
News
2 weeks ago

He said it was best if the four had resigned after the Supreme Court ruling.
News
2 weeks ago

"Isn’t it ironic that you now want to punish IEBC commissioners yet you got the victory?"
News
2 weeks ago
Post a comment
WATCH: The latest videos from the Star
by PURITY WANGUI
News
25 November 2022 - 17:25
Read The E-Paper