Forum aims to facilitate the exchange of information and gather perspectives from different stakeholders across the plastic life cycle.

• Unep said in a statement that the first session of the meeting will be held in Punta del Este, Uruguay, from November 28 to December 2.

• Unep said parties aim to have a final global agreement by the end of 2024. 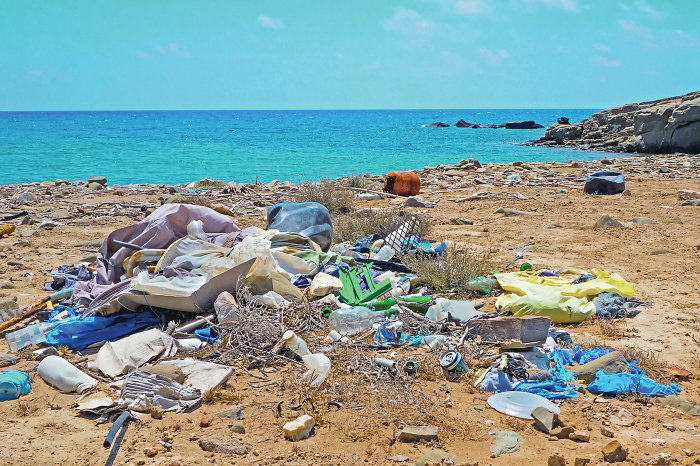 Plastic littered along the shores of the ocean
Image: COURTESY

A bid to seek a legally binding instrument on plastic pollution has started in earnest after Unep announced it will convene the first session of an intergovernmental negotiating committee.

The team will help in midwifing the development of an international legally binding instrument on plastic pollution, including in the marine environment.

Unep said in a statement that the first session of the meeting will be held in Punta del Este, Uruguay, from November 28 to December 2.

“More than 2,000 participants have registered for the meeting, including almost 900 representatives from 157 member states, and more than 780 people from 370 major groups and stakeholders,” Unep said.

Unep said parties aim to have a final global agreement by the end of 2024.

The first session will cover a number of topics ranging from scope and objectives of the future agreement to its structure and key elements.

A multi-stakeholder forum will take place on November 26 in Punta del Este.

Unep said the forum aims to facilitate the exchange of information and gather perspectives from different stakeholders across the plastic life cycle.

On February 27, 2017, the Environment ministry banned the use of plastic carrier bags through a gazette notice.

The ban came into effect in August of that year.

The National Environment Management Authority estimates that the success rate of the ban to be at more than 90 per cent.

The authority has been facing challenges in Garissa, Mandera, Moyale, Busia, Taita Taveta, Namanga and other border posts.

In October last year, Unep warned that the amount of plastic in the oceans has grown sharply in recent years and is projected to more than double by 2030.

The report, 'From Pollution to Solution', followed a global assessment of marine litter and plastic pollution.

It found that there is a growing threat in all ecosystems from source to sea.

“Despite current initiatives and efforts, the amount of plastic in the oceans has been estimated to be around 75-199 million tonnes,” the report says.

The report warned that plastic pollution leakage into aquatic ecosystems is set to have dire consequences for human health, the global economy, biodiversity and the climate.

“The human body is similarly vulnerable on multiple fronts to plastic pollution in water sources, which could cause hormonal changes, developmental disorders, reproductive abnormalities and cancer,” the report warns.

Plastics are ingested through seafood, drinks, and even common salt. They penetrate the skin and are inhaled when suspended in the air.

The report warns that plastic emissions into aquatic ecosystems are projected to nearly triple by 2040 without meaningful action.

It said more and more countries are joining the Clean Seas campaign to fight marine litter and plastic pollution.

“More than 60 countries – both coastal and landlocked – have signed up to this global movement with ambitious pledges and commitments,” it said.

Unep said at least 11 million tonnes of plastic are dumped into water bodies every year.

It is estimated that about five trillion macro and microplastic pieces are in the ocean, making up 60 to 90 per cent of marine debris.

Since its launch in 2017, the campaign has become a catalyst for change, transforming habits, practices, standards and policies around the globe.

Unep said many countries have pledged to reduce or eradicate single-use plastics from their societies through stronger legislation and regulation.

Others have committed to investing more in national recycling facilities and promoting action plans to prevent harm to the coastal and marine environment.

Kenya joined the campaign in December 2017.

Post a comment
WATCH: The latest videos from the Star
by GILBERT KOECH News Reporter
News
24 November 2022 - 21:00
Read The E-Paper