"Isn’t it ironic that you now want to punish IEBC commissioners yet you got the victory?"

• In a statement on Thursday, the vocal politician said the process to oust the commissioners was in unwarranted since Ruto is now President.

• Raila warned that their will be grave consequences on Ruto if the removal process continues. 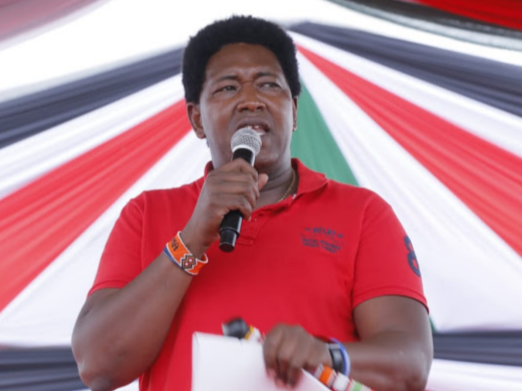 Narok Senator Ledama Olekina has told off President William Ruto over the move to remove the four dissenting IEBC commissioners.

In a statement on Thursday, the vocal politician said the process to oust the commissioners was in unwarranted since Ruto is now President.

"Isn’t ironic that you now want to punish IEBC commissioners yet you got the victory? Stop this unnecessary fights. Not worth it."

Four petitions have been filed for the removal of vice chairperson Juliana Cherera and commissioners Irene Masit, Francis Wanderi and Justus Nyang'aya.

The four fell out with IEBC chairperson Wafula Chebukati during the August presidential elections, exposing a rift in the electoral agency.

Ledama said with Ruto having surmounted the challenge that threatened his presidency, he should let it go.

"Mr President, I thought you said the difference between the winners and losers in the last election was those who believed in God vs Men?," he posed.

Ledama was vocal during the tallying of the presidential election results at the Bomas of Kenya.

On the day the results were declared, he was among Azimio luminaries who caused commotion in a failed attempt to stop Chebukati from declaring Ruto the winner on August 15.

The National Assembly's Justice and legal affairs committee started hearing the four petitions on the removal of the rebel commissioners who denounced the results.

The commissioners, however, walked out of the hearing sessions after Azimio leader Raila Odinga termed their removal process vindictive and vile.

Their walk out followed a similar move by committee members affiliated to the Azimio who said the Legal and Justice Committee has no jurisdiction to hear the matter.

Raila said the committee was usurping the powers of a tribunal which is supposed to determined the suitability of the commissioners' continued stay in office.

Raila warned that their will be grave consequences on Ruto if the removal process continues.

"The injustice being inflicted on the four IEBC commissioners, if it proceeds as currently conceived, will mark the beginning of a massive pushback against Ruto and those who think like him... We will openly and robustly lead that pushback," Raila said.

He spoke at a press conference in Nairobi saying the role of Parliament  should stop at determining whether or not the allegations against the commissioners warrants a tribunal hearing.

The committee is chaired by Tharaka MP Gitonga Murugara.
News
2 weeks ago

He hinted at demonstrations to protest the removal of the commissioners.
News
2 weeks ago

He said the constitutional threshold for removal is so high.
News
2 weeks ago