Patients complain that despite Global Fund paying for cover, it has been inactive since April 2020

•Patients with drug resistant TB and also tend to be ones with reduced immunity as well as opportunist infections. 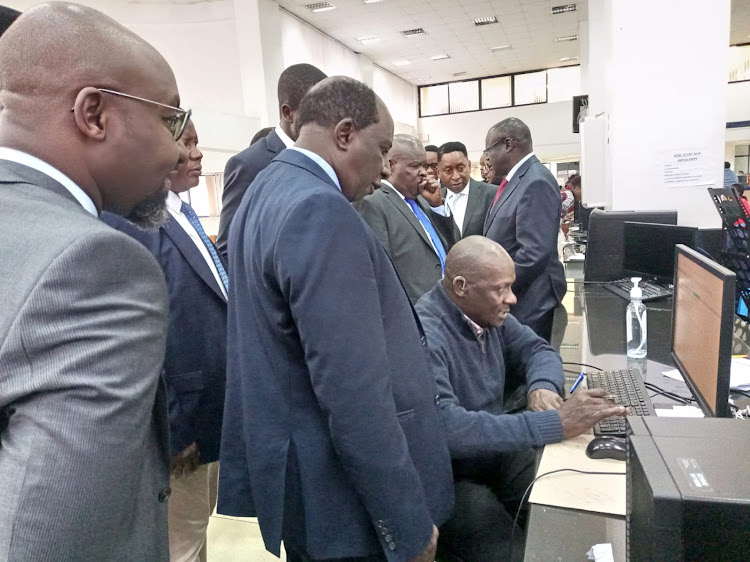 The NHIF has blamed the failure to activate the cover for patients with drug resistant TB on a hitch to submit the names to the fund.

The patients had complained that despite Global Fund paying for the cover, 800 patients had not been activated dating back to April 2020.

According to the Stop TB Partnership Kenya national coordinator Evelyn Kibuchi all the patients that are diagnosed with drug resistant TB are placed on the National Health Insurance Fund cover on the day they are confirmed to have drug resistance support by Global Fund.

“But recently we have had patients who have been paid for NHIF since April 2020 but this NHIF cover has not been activated," Kibuchi said.

"That means it is not active. What that means is that this patient will have to fork out money from their pocket to pay for treating this disease.

“When they are paid for and NHIF does not activate their cover, it is very unfortunate because this makes the patient even more poor because they have to pay for admission, pay for tests and drugs to treat some side effects of these treatments."

In a rejoinder, the NHIF CEO Peter Kamunyo said the issue had been brought to his attention and together with the relevant department he will ensure it is handled.

Kamunyo, who was responding to queries by the National Health Committee on Thursday, however, attributed the hitch to failure by the fund to receive the names of the beneficiaries.

“To be a member it is just like for indigents, the monies are paid but then the names of the individuals are sent to NHIF so that they can be registered and their status turned from what we call red to green to access the services,” Kamunyo said.

“The names of those individuals need to be regularly forwarded annually and I think that is where there was a little hiccup in terms of these specific individuals so the names. That is an area that we will address with our department of beneficiary management."

Once identified, the names will then be forwarded to the relevant departments at the Ministry of Health to ensure such a lapse does not occur in future.

Sometimes drug-resistant TB occurs when bacteria become resistant to the drugs used to treat TB. This means that the drug can no longer kill the TB bacteria.

TB is spread through the air from one person to another.

According to Global Fund, DR-TB is a form of antimicrobial resistance that is difficult and costly to treat and estimates that in 2019, at least 500,000 people developed DR-TB and 182,000 died globally.

Greatest burden is in sub-Saharan Africa and South Asia where crisis has huge human cost and is top killer.
News
2 weeks ago
Post a comment
WATCH: The latest videos from the Star
by MAGDALINE SAYA REPORTER
News
24 November 2022 - 17:55
Read The E-Paper