Kenya begins preparations for COP15 in Canada next month

It comes a week following the conclusion of the COP 27 climate conference in Egypt. 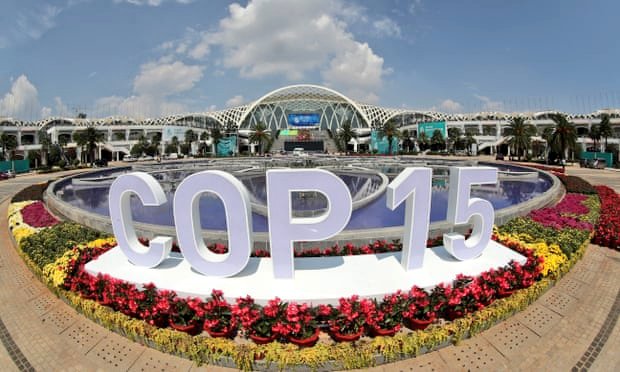 Venue of the COP15 conference in Montreal, Canada.
Image: Courtsey

Kenya has begun preparations for the Convention of Parties (COP15) conference on biological diversity slated for early next month.

In collaboration with the United Nations Development Program, the Ministry of Environment and Forestry has organized a workshop to finalize and validate the country’s position paper.

The event will be held in Montreal, Canada, from December 7-19 and brings together 195 countries including the European Union.

It comes a week following the conclusion of the COP 27 climate conference in Egypt where the country came under focus for sending what was the largest delegation.

Kenya’s delegation was the second largest in Africa after DR Congo.

Speaking at the opening of the meeting in Nairobi, multilateral environmental agreements director Cyrus Mageria termed the summit as a defining moment for parties.

“COP 15 is a defining moment as parties will be expected to adopt a new framework to guide effective implementation of the Convention and its two Protocols,” he said.

The meeting brings together experts from the government, and institutions of higher learning, in preparation for COP 15 to the Convention on Biological Diversity, the tenth meeting of the Cartagena Protocol and the 4th Meeting of the Parties to the Nagoya Protocol

The Montreal conference brings together governments from around the world to agree on a new set of goals to guide global action through 2030 to halt and reverse nature loss.

Nature is critical to meeting the SDGs and limiting global warming to 1.5 degrees.

Adoption of a bold global biodiversity framework that addresses the key drivers of nature loss is needed to secure our health and well-being alongside that of the planet.

In 2019, the Intergovernmental Science-Policy Panel on Biodiversity and Ecosystem Services (IPBES) noted that nature loss was accelerating at an unprecedented rate, with grave impacts on human well-being, and that a million species face extinction.

Ruto to lead Kenyan delegation to COP27 in Egypt

He will also be outlining Kenya’s policies, strategies to tap into the global carbon market.
News
4 weeks ago

Also in the list are a husband and a wife of county governors.
News
2 weeks ago
Post a comment
WATCH: The latest videos from the Star
by FELIX KIPKEMOI Political Reporter
News
24 November 2022 - 14:49
Read The E-Paper