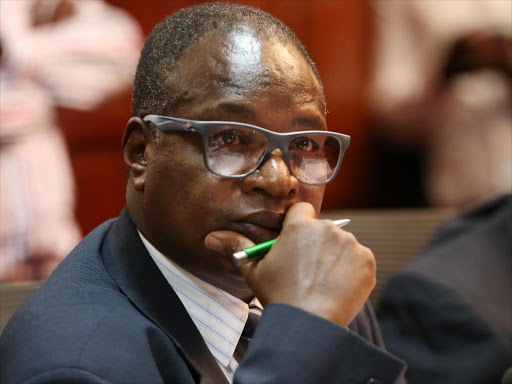 Soi who was the Chef De Mission of Team Kenya at the 2016 Olympics in Rio Brazil, was in September last year found guilty and slapped with Sh105 million fine or serve a 17-year jail term.

He was found to have unlawfully approved payments over dollars 151,500 as allowances to the members of the team.

The trial court found that Soi being part of the steering committee failed to disclose there was double payment of NOCK officials and that he also authorised the cancellation of air tickets resulting in a loss of Sh9.7 million in public funds

He was aggrieved by this decision and appealed to the High Court.

Justice Maina in setting him free said she subjected the evidence before the trial court through a fresh evaluation as required.

Maina said the trial magistrate did not take into consideration the defence that was put forth by Soi.

“If it had done so, it would have arrived at a different conclusion,” she said.

Soi in his defence had argued that he was condemned for cancellation of tickets for no-show at the airport yet the majority of the individuals who didn’t turn up were senior government officers in the Ministry of Sports and government parastatals who were not under his authority or supervision.

Judge Maina echoed his sentiments saying there is nothing  Soi could have done if the athletes for whom the tickets had been procured decided not to turn up to take the flights.

The court said there were also incidences of the athletes failing to turn up for the trips.

“They instead decided to use other means and that was of course beyond Soi. He could not do anything about it,” the court said.

The judge pointed out an incident where one of the sportsmen lost his passport while he was on his way to the airport. For such a case she said it was inevitable to cancel that ticket or have it changed.

In terms of the allowances, they considered that and found that it would have been unreasonable for the allowances of the athletes to be slashed to 200usd per day yet earlier in 2012 they had been paid USD 250 (Sh 25,3011).

Kenyan athletes that participated in the Olympics in 2016 were receiving an allowance of Sh25,301 per day.

One of the issues that got Soi jailed was the alleged irregular payment of allowances.

But he told Judge Maina that most of the athletes were police officers and prison warders and their allowances were USD 297 and that they were already being underpaid by being given USD250.

“I found that explanation plausible and found that he could not have been faulted for reducing what was being paid,” the Judge said.

Regarding the allegation that the delegation that went to Rio was bloated, Soi gave reasons for that and said the team required to have doctors, physiotherapists and some delegates were entitled to have people who were to accompany them

The court agreed with him and said “I would rather give him the benefit of doubt rather than convict him for that offence.”

Wheels of Justice: Court cases lined up for the day
News
2 weeks ago

Ex-UK ambassador to be freed in Myanmar amnesty

The military junta said the pardons were to mark Myanmar National Day.
News
3 weeks ago
Post a comment
WATCH: The latest videos from the Star
by SUSAN MUHINDI Court Reporter
News
24 November 2022 - 13:02
Read The E-Paper