DP Gachagua firms up plan to clean up Nairobi River

Says once formed, commission will spearhead efforts return river it to its natural state 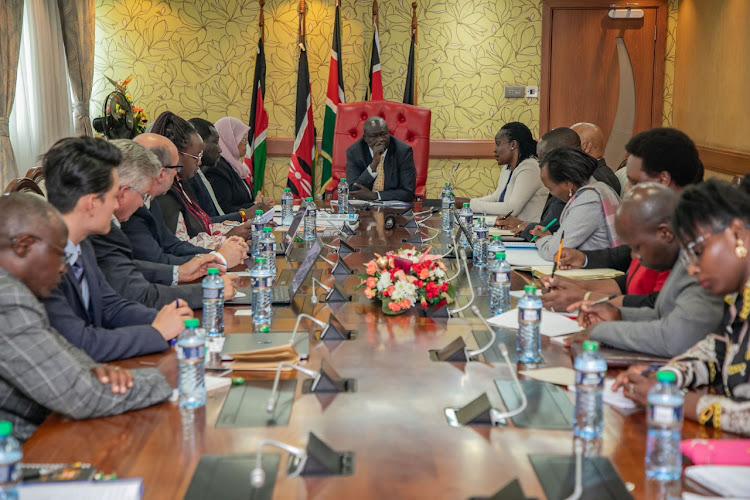 Deputy President Rigathi Gachagua has said no effort will be spared to restore Nairobi River to its natural state.

Rigathi on Thursday held a consultative meeting with the Nairobi county government officials and the private sector towards the Nairobi River Commission.

"Once formed, the commission will spearhead efforts to clean up the river and return it to its natural state," he said.

The Nairobi River has over the years been exposed to different levels of pollution.

The DP said pollution is unacceptable as those who live next to the river  lack dignity to quality life.

"The Kenya Kwanza administration has the political will, zeal, and passion to see this through and reclaim the river from its current state," he said.

Present at the meeting were the Cabinet Secretary Ministry of Environment Soipan Tuya and Deputy governor James Njoroge Muchiri among others.

On November 18, Gachagua said the government is putting in efforts to clean Nairobi River which has been neglected for long.

He spoke when he met representatives of all the 25 United Nations agencies.

"Its a huge undertaking because people have to be relocated but they have to be given an alternative source of livelihood," he said.

The bodies seemed to have been in the water for more than two days.
News
1 week ago

DP urges UN agencies to work with state to make project a success
News
2 weeks ago
Post a comment
WATCH: The latest videos from the Star
by PURITY WANGUI
News
24 November 2022 - 17:30
Read The E-Paper