CS Kindiki on Tuesday held a security meeting in Mandongoi

• Nyayo said on Wednesday that year in, year out, government officials have been making false promises on the matter. 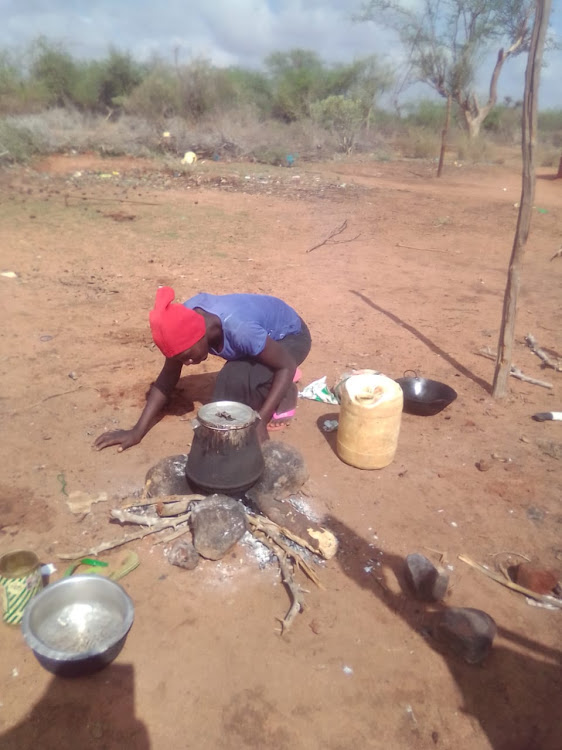 A displaced woman cooks for her family in the open on Tuesday.
Image: MUSEMBI NZENGU

The government has been urged to match its promises with deeds by flushing bandits out of Mwingi North, Kitui county.

Mandongoi Full Gospel Church pastor Jeremiah Nyayo said on Wednesday that year in, year out, government officials have been making false promises on the matter.

“Hundreds of families that have been forced out of their homes and farms by armed bandits following attacks resulting in loss of lives and injuries are staying put waiting for the government to act,” he said.

Pastor Nyayo spoke a day after Interior CS Kithure Kindiki held a security meeting at the Mandongoi trading centre and ordered forceful removal of armed camel herders from the area.

He said despite Kindiki's order, displaced families were by Wednesday still camping at Mandongoi Primary School while others were in the bush.

“Local are contemptuous of the CS word because in the past they had been promised that the banditry menace would be curtailed only for armed camel herders to reemerge and commit wanton killings,” Nyayo said.

He said the bandits should not be handled with kids gloves.

“As long as they are said to be around and sporadically firing gunshots, the displaced residents are not willing to return home lest they be ambushed and slaughtered,” the cleric said.

“That is the reason they fired gunshots on Tuesday, three kilometres from where CS Kindiki was holding a security meeting,” Nyayo said.

The pastor said even after Kindiki assured residents of their security, gunshots were heard Tuesday night in the area.

“We had a night of gunshots on Tuesday. Gunshots rent the air until midnight in Kiseuni and Kyanda kya Masamba, where residents have been displaced,” Nyayo said.

He, however, told the Star he has confidence that Kindiki's visit to the area would make a difference.

"These people are used to impunity to the extent they do whatever they want," Ngwele said.

Kyuso subcounty police commander Nicholas Mutua, under whose jurisdiction Ngomeni falls, confirmed there were gunshots in Mandongoi on Tuesday night.

"We do not know the cause of the shooting. I sent a team of police officers to the area to investigate," he said.

Mutua said no one had reported being shot at or injured.

He said he had permanently deployed a contingent of police officers with the backing of National Police Reservists to constantly patrol the area. 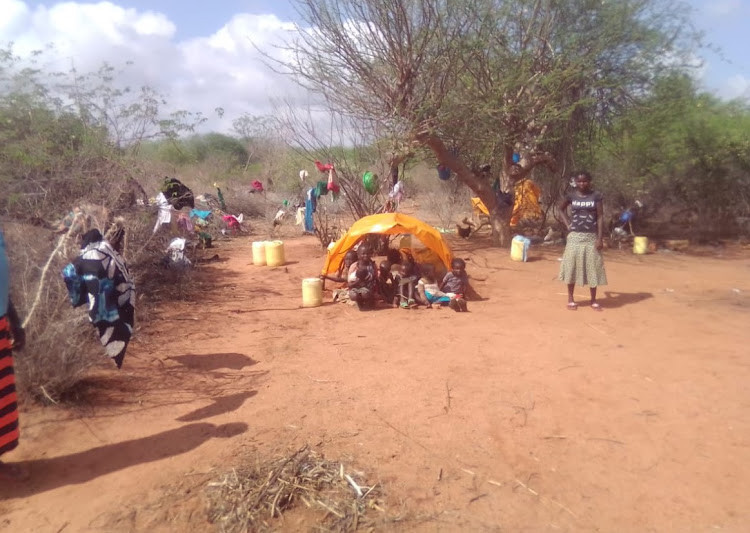 Use force on camel herders who defy vacate order — Kindiki

"We cannot wait for another death or crisis before we act."
News
2 weeks ago
Post a comment
WATCH: The latest videos from the Star
by MUSEMBI NZENGU News Correspondent
News
23 November 2022 - 21:00
Read The E-Paper