Investigations show the records disappeared in 2015 in unclear circumstances 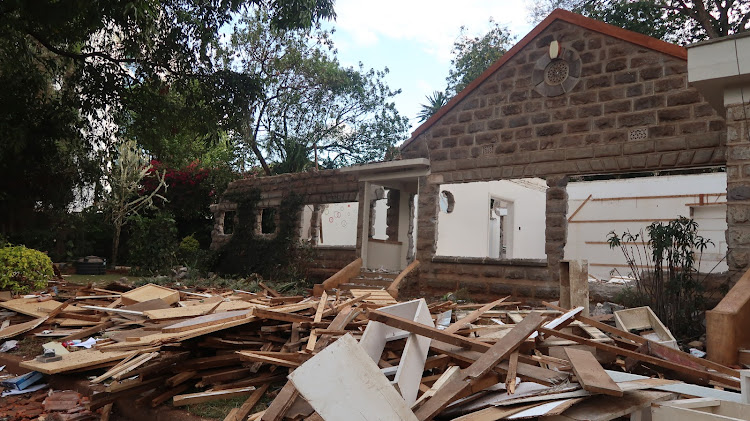 Land documents relating to a property at the heart of a controversial eviction in Westlands, Nairobi have gone missing.

Nairobi assembly’s planning and housing committee has learnt that the documents, and those of other properties cannot be located at City Hall.

The committee is investigating the demolition of the Sh80 million posh Nairobi mansion belonging to Niraj Shah and his wife Avani Shah.

The chair of the committee Alvin Orlando said investigations by members have shown that the records disappeared in 2015 in unclear circumstances.

County chief Valuer Isaac Nyoike, who had appeared before the committee said records were nowhere to be found.

Nyoike told the committee the documents of the Westlands property was among 60 whose papers cannot be located.

The family was allegedly given 30 minutes to remove their household items before the house was demolished.

Reports have said the auctioneer who effected the eviction and subsequent demolition of the mansion on November 7 ignored court orders.

Zachary Barasa, the auctioneer who demolished the Westlands house was arrested but has been released on a cash bail of Sh200,000. He was arraigned in court on November 4.

Auctioneer linked to Westlands eviction fails to appear in court

"You have no power to call for a file from the lower court," said Njiru.
News
2 months ago

Nathaniel Barmasai Was granted a cash bail of Sh2 million and a bond of Sh3 million.
News
2 months ago

The family was evicted from their home along School Lane on Tuesday by an auctioneer, who has since been arrested.
News
2 months ago
Post a comment
WATCH: The latest videos from the Star
by ALLAN KISIA Political Writer
News
23 November 2022 - 10:31
Read The E-Paper