He said there was no need to rush importing maize if Rift Valley had sufficient produce. 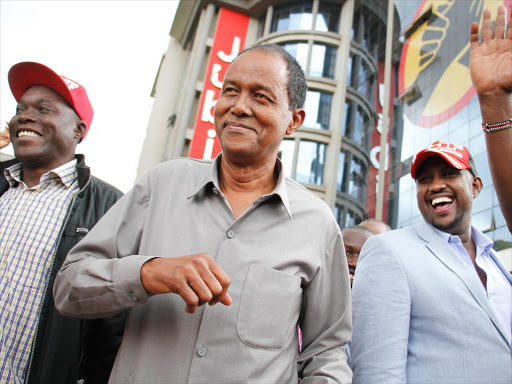 He said there was no need for Kenya to rush importing maize if Rift Valley had sufficient produce.

“It is the President's responsibility to protect Northern Rift farmers. I think he should hear from them before allowing any maize imports,” he said.

He urged the Kenya Kwanza government to live by its policy to support local agriculture to increase food production.

"This is a contradiction from the government. You cannot talk of importing maize if you want to support local agriculture," Hassan said on Tuesday.

Kenya will receive several tonnes of maize, days after the government said it will open a window for duty-free GMO maize to enter the country.

The move will address the biting food crisis.

According to a statement from the Kenya Ports Authority released on Monday, 37 vessels are expected at the port of Mombasa.

Number four on the list, the Africa Merlin Ship, carrying bulk maize and empty bags is said to have arrived on Monday.

Last Thursday, Trade Cabinet Secretary Moses Kuria said the government had made the tough call to allow duty-free importation of 10 million bags of GMO maize over the next six months

On Monday, he said the government will not purchase maize for any other reason other than strategic preservation.

Kuria claimed farmers are sitting on over 20 million bags of maize and they are expected to harvest about 35 million bags in the next two weeks.

The CS asked the farmers to urgently release the existing maize bags and those obtained after harvesting to millers so that the latter does not import maize.

The legislator said the idea will be unfair to maize farmers because of the wrong timing.

“It is not fair to us maize farmers because of its wrong timing. In the Rift Valley, we are currently harvesting maize, which shall lower maize prices,” Cherargei said.

The senator said a meeting will be convened on Tuesday for MPs of maize growing areas to develop a sustainable solution on the matter.

KPA said some 37 vessels are expected at the port of Mombasa.
News
2 months ago
Post a comment
WATCH: The latest videos from the Star
by MAUREEN KINYANJUI News Reporter
News
22 November 2022 - 11:07
Read The E-Paper