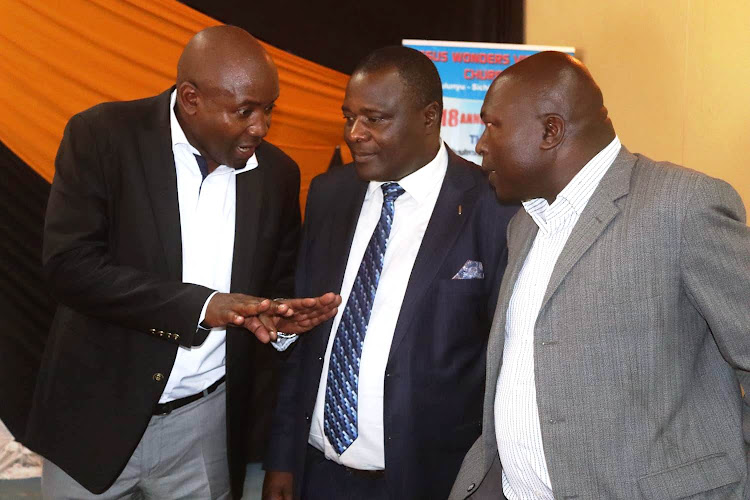 Increased insecurity in Kakamega is a result of revenge by street boys against traders, Kakamega deputy OCPD Daniel Mukumbu has said.

Several people have been killed and others injured in the last two months.

“The problem started when the traders decided to flush out street boys on grounds they were behind robberies in the town,” Mukumbu said.

He said the traders physically hunted down street boys and killed three of them on September 29.

This, he said, was against an earlier agreement between the traders and police that the street families be arrested and taken to court to be committed to orphanage homes to reduce them.

“The street families then regrouped and decided to display their control of the twin by executing the attacks that targeted watchmen as weak links but we have now regained control of the situation,” he said.

He said that 16 suspects are in custody and are assisting police with investigations.

Mukumbu said that bodaboda riders have been restricted to operate until 9 pm until further notice.

"We discovered that some of the attackers were using motorbikes to execute their plans," he said.

He said that the watchmen were easy targets for the criminals because traders were employing old people as guards.

The gangs have been attacking and killing people in town but do not steal anything from the victims.

Three MPs decried the spiralling insecurity in Kakamega, especially Lurambi subcounty and blamed it on poor equipping of the police.

Titus Khamala (Lurambi), Emmanuel Wangwe (Navakholo) and Bernard Shinali (Ikolomani) said that the rising cases of insecurity had reached unacceptable levels and action must be taken.

Khamala said elected leaders from Kakamega will this week take up the matter with Interior Cabinet Secretary Prof Kindiki Kithure.

“Even if it means requesting for the deployment of the General Service Unit for the restoration of security, so be it,” Khamala said.

The three were addressing Navakholo and Lurambi residents on the stalled tarmacking of the C41 road that connects Kakamega and Bungoma counties at Esumeya junction on Sunday.

Kakamega deputy governor Ayub Savula said a week ago that the spiralling insecurity was a result of joblessness among the youths.

He said the county government was in the process of establishing an industrial park to create jobs.

The suspect is alleged to have been operating in Huruma and Kariobangi.
News
2 months ago

Dozens of people have been killed and displaced by gunmen in North Rift region.
News
2 months ago
Post a comment
WATCH: The latest videos from the Star
by HILTON OTENYO Correspondent, Western Region
News
21 November 2022 - 13:30
Read The E-Paper