• “That the county government should initiate a hiring freeze to arrest the rising wage bill, which stands at 44 per cent against a ceiling of 35 per cent,” Kuya said.

• The demands are contained in a report tabled in the county assembly last Thursday. 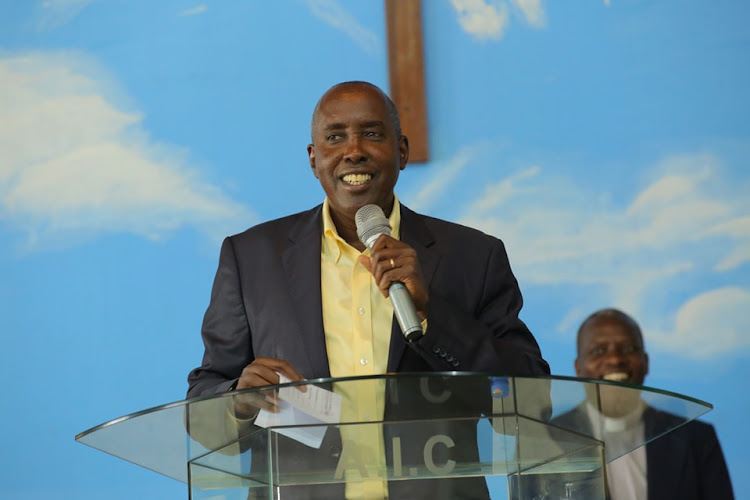 The Kajiado assembly has ordered Governor Joseph Lenku to downsize his bloated wage from 44 per cent to 35 per cent.

They held that the county government bypassed what is required by law and employed a large number of workers, that cannot be financially sustained.

“That the county government should initiate a hiring freeze to arrest the rising wage bill, which stands at 44 per cent against a ceiling of 35 per cent,” the chair of the budget and appropriation committee, James Kuya said.

The demands are contained in a report tabled in the county assembly last Thursday.

Kuya’s committee said in a bid to achieve prudent financial management of public resources, the tenets of good governance, openness and accountability should be key drivers on the part of implementers and the oversight.

The committee recommended that the county government reconsiders filling job positions internally or encourage voluntary retirement, retrenchment as well as an internal audit of its staff.

This was after the assembly approved the county supplementary budget estimate for the FY 20220-2023 amounting to Sh10,773,943,869 to meet the recurrent and development expenditure.

Kuya said the Finance executive should establish budgetary control measures to ensure compliance during budget implementation and enhance fiscal reporting as envisaged in Section 104 of the Public Finance Management Act, 2012.

“The county treasury should maximise the use of automation to boost revenue collection and seal pilferages to avoid overreliance on the national government allocation,” he said.

The chairman said the sectoral committees of the House should follow up on reports of respective departments on the utilisation of grants approved in the budget.

Kuya said to mitigate drought the committee has revised the ward development fund to a tune of Sh30 million per ward amounting to a total of Sh750 million.

He said the committee also revised flagship projects, under the office of the governor, amounting to Sh2.66 billion to help in mitigating the negative effects of the drought.

DP said state has capacity, through investigators to handle the matter.
News
2 months ago

Kajiado Senator, ex-MCA to go to court over alleged 'demotion' of wives

They claim their 'demotion' was fueled by differences with county bosses.
Counties
3 months ago

He asked his Azimio troops in Parliament to be ready for a big fight and shoot down the proposal
News
3 months ago
Post a comment
WATCH: The latest videos from the Star
by KURGAT MARINDANY
News
21 November 2022 - 09:43
Read The E-Paper