Kajiado has deficit of 3,420 pints of blood – official 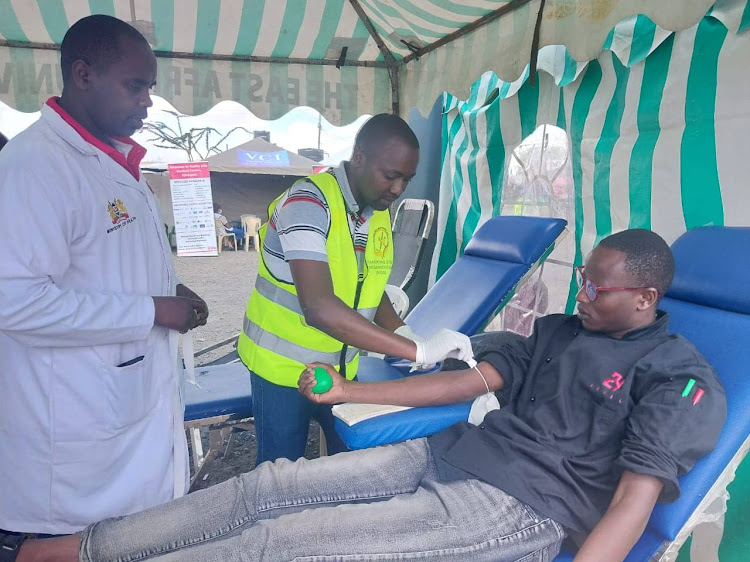 Kumbelel said the county had a deficit of 3,420 pints  of blood according to their set target of 6,000 pints.

He said they managed to collect 2, 580 pints in 2021-2022 financial year against the overwhelming blood demand in Kajiado.

“Currently, we have a target of 6,000 pints and we are still below the target,” Kumbelel said.

Kumbelel spoke to the Star during the World Day of Remembrance for road traffic victims build up activity in Kitengela town on Saturday.

Kajiado county government was among the institutions, organizations and private companies that had partnered to sensitise the community ahead of the day’s commemoration at the same venue on Sunday, November 20.

The day is observed worldwide on every 3rd Sunday of November. This is a day set aside by the UN General Assembly to remember the people killed and injured in road crashes.

Kumbelel said they needed to get at least one percent of the county’s population donating blood.

“So, our target is still going up. We might be given a new target of 10,000 next year when the target is reviewed,” he said.

He appealed to the residents to volunteer and donate blood. They managed to collect some pints of blood during the sensitisation event.

Kumbelel, however, said before the Kajiado established Blood Transfusion Services two years ago, they used to get blood from Machakos and Nairobi blood banks.

He said though the county requires blood due to high demand, they were struggling to convince people to voluntarily donate blood.

“Usually each day we are asked to provide blood to assist those in need especially victims of accidents. We are trying to see if we can have enough blood,” Kumbelel said.

Kumbelel said they had a fridge that can store up to 600 pints of blood at their blood bank.

“When a donor donates one pint of blood, that can assist three people who need transfusion,” he said.

“Our challenge is that people aren’t aware of the need to participate in blood donation. We need to donate blood to save a life.”

Equity Afya medical officer Dr Bonface Onsongo said they had joined other partners to sensitise the public on road safety.

Onsongo said they had also volunteered to take victims of road accidents through physiotherapy and mental health that comes after people are involved in accidents.

“We are interested in this partnership and beyond. We are a network of medical centres currently 70 across various counties and beyond the country,” he said.

He said despite offering accessible, affordable and quality health services through routine medical camps, they also sensitise the public on need to donate blood.

Onsongo said the hospital receives averagely four cases of road accidents each week while at times two victims are taken to the facility in a day.

He said most of the victims were pedestrians, bodaboda operators and their pillion passengers.

Charming Star Organisation NGO chairman Peter Shikhule said they sensitise people on causes of accidents, how to take preventive measures to avoid accidents, and what accident victims should do once they get involved in road crash.

“Our motto is ‘messengers of hope’, today we are teaming up with Equity Afya for a medical camp. It’s our second camp with the health facility since we started partnering with them,” Shikhule said.

The first camp he said was held in Nairobi’s Mukuru Kayaba slum.

The NGO has presence in Kajiado, Nairobi, Mombasa, Kisumu and Kakamega counties with priority areas being; orphans and vulnerable children support, poverty eradication, helping the elderly and primary health care.

“In this scenario, we come in by giving drugs, providing refreshments and food stuff to complement what Equity Afya medics are doing,” Shikhule said. 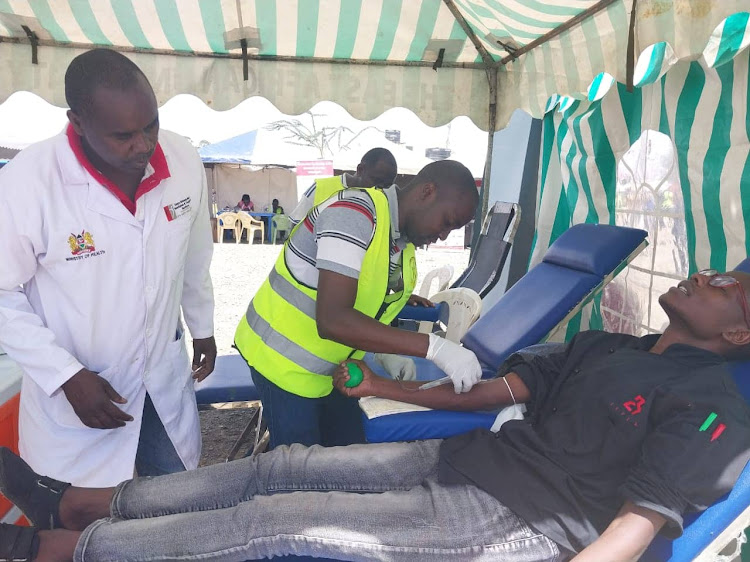