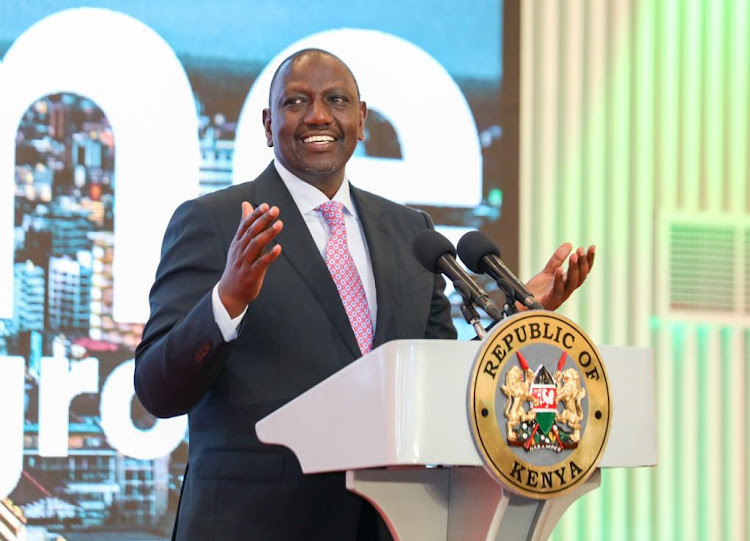 President William Ruto during an association of pension trustees and administrators of Kenya stakeholders on Friday, November 11, 2022.
Image: PCS

Criminals terrorising Nairobi residents have their days numbered after the Cabinet approved deployment of specialised units from the GSU and RDU to eradicate surging crime.

This is part of  the various policy interventions that were approved during the last week’s Cabinet meeting chaired by President William Ruto.

“In response to the security concern, Cabinet sanctioned upscaling of security surveillance to deter crime and sanctioned swift and decisive action to deal with all those perpetrating crimes,” a statement from the Office of the President reads.

"Following the reorganisation of Nairobi County Security command, there are the deployment of additional specialised police units drawn from the General Service Unit and the Rapid Deployment Unit."

The National Police Service early this week released a list of crime hotspots in Nairobi, warning the public to avoid them.

In a report on Monday, the NPS said their data established that the criminals are targeting all persons, residential areas and businesses including MPesa shops.

It also showed that people were mugged both in the day and at night.

The marked areas include Thika Highway; along the Drive-In flyover to KCA, KCA underpass and Total exit.

In a powerful message to the small armed groups that have been mugging city dwellers, the Interior CS left no doubt of the government's power.

Inspector General of Police Japheth Koome also warned criminals that he begun work as the highest-ranking officer of the police service.

He said criminals will no longer intimidate or disrupt the lives of Kenyans as they go about their businesses.

Koome and Nairobi Governor Johnson Sakaja agreed to form a policing authority to end the insecurity issues in the county.

Incident comes after the government warned the youth against crime.
News
2 months ago

Criminals armed with knives and light weapons have been terrorising residents.
News
2 months ago
Post a comment
WATCH: The latest videos from the Star
by MAUREEN KINYANJUI News Reporter
News
16 November 2022 - 12:10
Read The E-Paper