Ethiopia maintains that it is ready to work with friendly neighbors to thwart security threats that could trigger more destalinization.

• Ethiopian media said the core agreement points stated in the signed document are joint combating of local and regional threats. 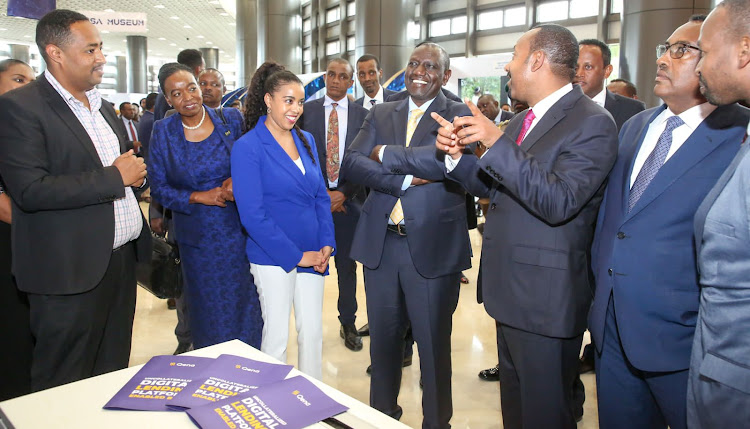 Kenya and Ethiopia on Monday signed an agreement to work together to prevent terrorism, human trafficking and organised crime.

Ethiopian media said the core agreement points stated in the signed document are joint combating of local and regional threats.

During the signing ceremony, Temesgen mentioned that Ethiopia has signed an agreement with African countries to prevent terrorism and related security threats in East Africa and the Horn of Africa.

The head of the delegation at NIS Saif Salem Suleman, pointed out that terrorism, illegal weapons, money and human trafficking are threats to East Africa.

Therefore, he stated that they have made an agreement to work together with Ethiopia to fight these regional challenges together.

NISS indicates that Ethiopia and Kenya are friendly neighboring countries and have had good relations in the political, economic and social sectors for a long time.

The two countries have been facing challenges along their borders with Somalia, with Kenya suffering immense consequences given frequent al-Shabaab terror attacks.

On the other hand, Ethiopia managed to prevent al-Shabaab from making inroads into her territory.

Ethiopia maintains that it is ready to work with friendly neighbors to thwart security threats that could trigger more destalinization.

Currently, the country is struggling to contain the Tigray war which has left thousands of people dead and millions displaced according to the United Nations.

Kenya has been one of the closest allies of the United States and other Western countries in terms of security and trade, with both the US and the United Kingdom establishing army training bases in the country.

The two friendly nations have been assisting Nairobi with major security logistics.

Al-Shabaab has appeared to be the common enemy of the two countries which border Somalia. Both countries are contributors to the African Union Transition Mission in Somalia (ATMIS), which has been fighting to stabilize the Horn of Africa nation for over a decade.