Kasarani developer should be charged with murder — Sakaja

• Sakaja also said the construction site had been closed.

• He said the developer knew the standard of building materials were wrong, lacked a permit and had an enforcement notice but still ignored and proceed with the works. 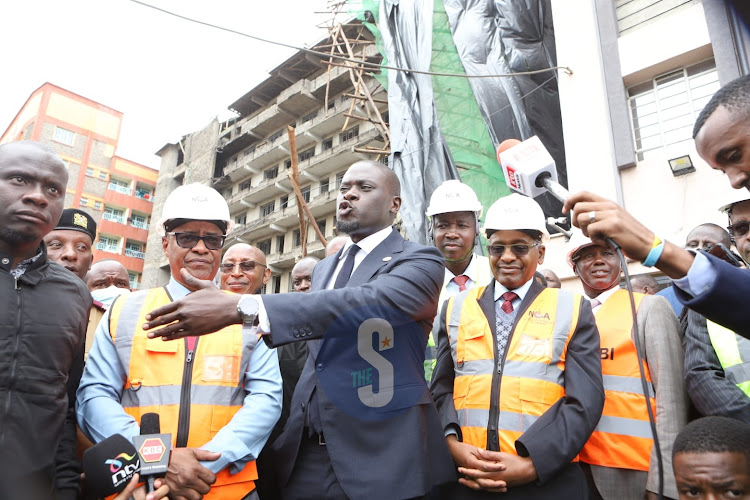 Nairobi Governor Johnson Sakaja has called for the arrest of the developer of the ill-fated Kasarani building, which collapsed on Tuesday.

He said his office is in liaison with the DCI and police to search and immediately arrest the developer.

Speaking in Kasarani on Tuesday, Sakaja said the developer never got a permit from city hall for the construction.

“The developer did not get a permit from the county. There was an enforcement notice but because of impunity, he decided to go on. He needs to be charged with murder,” he said.

Stamping authority, the county boss said city hall will take action and the developer must be charged in court.

Sakaja also said the construction site had been closed.

He said the developer knew the standard of building materials were wrong, lacked a permit and had an enforcement notice but still ignored and proceed with the works.

The governor gave a stern warning to shoddy developers involved in such construction works, that their days are numbered.

“All those who are involved in such constructions I want to put them on notice. Pull down those buildings yourself or we are going to come for you,” he said. 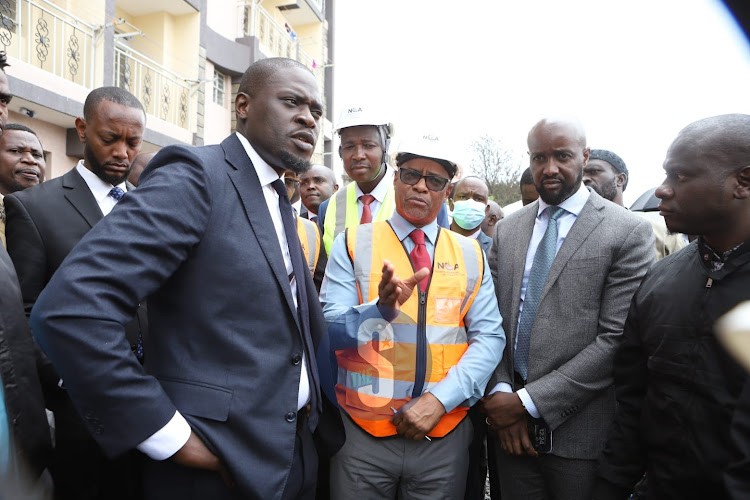 Sakaja recounted a similar incident in 2016 where a building went down in Huruma estate saying 47 lives were lost with the majority being children and mothers.

“Many people were there including the former president who talked tough and nothing happened," Sakaja said.

“Now that we are in charge we won’t talk much but you will see action.”

The names will be gazetted and released to the public.

“We have already changed the technical committee that approves buildings in Nairobi. If any officer will be found culpable at any point, they will go home and be charged,” Sakaja said. 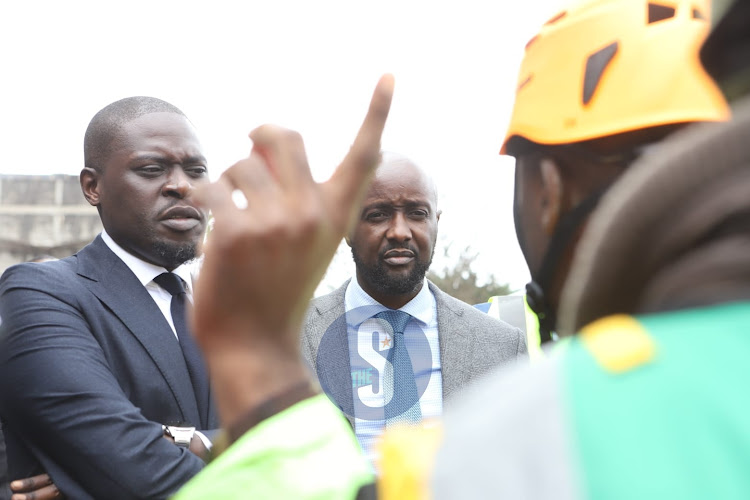 TIGHT REGULATIONS: Nairobi governor Johnson Sakaja and Kasarani MP Ronald Karauri are briefed by officials after arriving at the scene of the collapsed building in Kasarani, Nairobi on Tuesday, November 15, 2022
Image: ANDREW KASUKU

Rescue operations have commenced with an ambulance on standby.
News
2 months ago

NCA officials also wanted to stop construction but they were chased away
News
2 months ago
Post a comment
WATCH: The latest videos from the Star
by MAUREEN KINYANJUI News Reporter
News
16 November 2022 - 14:41
Read The E-Paper