Give Raila, Kalonzo 'enough rope to hang' - Ruto on EALA 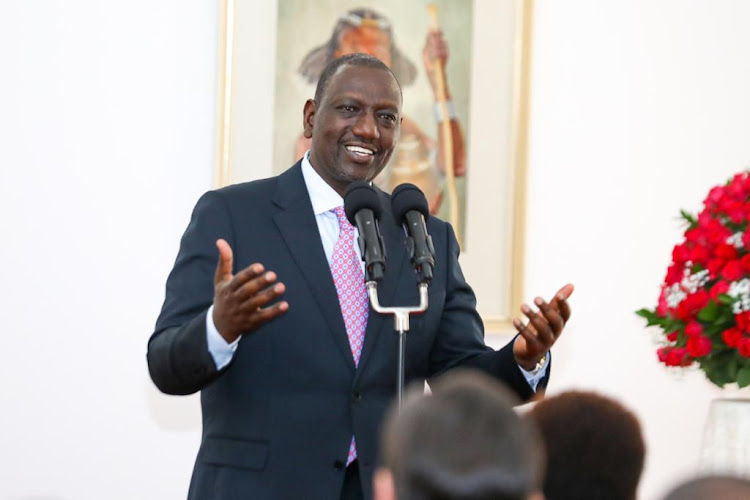 Parliament will on Thursday vote on Kenya's nominees to the East African Legislative Assembly.

The President, who spoke on Wednesday at  State House during a Kenya Kwanza Parliamentary Group meting, also said the same for Wiper leader Kalonzo Musyoka.

"For our brothers let's give them enough rope to hang themselves," an MP quoted the President as having said.

The idiomatic expression by Ruto is interpreted to mean that Ruto asked his troops to support the preferred candidates of the two opposition leaders.

Wiper party has picked the Kalonzo's son Kennedy Musyoka to represent Kenya at the Arusha-based EALA.

While Winnie is a greenhorn, Kennedy is seeking a second term at the regional assembly.

The meeting, convened by President William Ruto, will be held at State House.
News
2 months ago

The MPs voted by secret ballot at State House.
News
2 months ago

The meeting that started at 7am is still ongoing.
News
2 months ago
Post a comment
WATCH: The latest videos from the Star
by JAMES MBAKA Deputy Political Editor
News
16 November 2022 - 12:00
Read The E-Paper