Says the highest amount he ever borrowed from a Kenyan bank is Sh300 million. 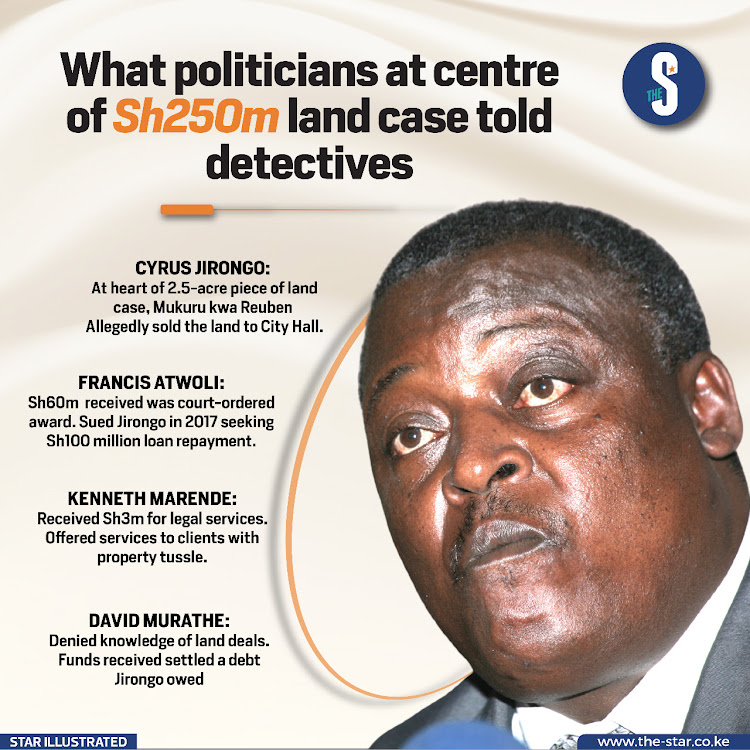 The former Lugari MP said the report is the work of dynasties after being pushed out of power in the August 9 general election.

He said the dynasties were working at isolating some individuals from certain communities in an attempt to recapture power but they will fail.

Jirongo said that he, Jubilee vice-chairman David Murathe and Cotu secretary general Francis Atwoli were collateral damage in the war against the current regime and dynasties.

“As far as I am concerned, this is not my war but some of us are collateral damage. Even if anyone wants to fight you he must be intelligent instead of stooping this low and by cooking up figures,” he said.

Speaking to the Star on the phone on Wednesday, Jirongo said that the highest amount he ever borrowed from a Kenyan bank was Sh300 million when he was owning the Hazina estate in Nairobi in 1993.

“Those saying this do not know what they are saying because no bank in Kenya had the capacity to lend Sh1 billion in the 1990s because banks’ capital was less than that amount. Let them produce documents of such borrowing,” he said.

Jirongo said that one needed Sh200 million to start a bank as opposed to today when one needs Sh5 billion.

The former Lugari MP said that the government could not find a buyer when it wanted to sell the National Bank of Kenya in 1993 for Sh6 billion.

He said that even currently, only Kenya Commercial Bank with a capital of close to Sh100 billion can lend up to Sh40 billion. He said that any bank lends up a maximum of 25 per cent of its capital to an individual.

The Daily Nation reported on Wednesday that Jirongo owes Kenyans Sh40 billion  he borrowed from collapsed Postbank in the early 1990s.

The report said that one of his incorporated companies, Offshore Trading Company, borrowed Sh1.1 billion from Postbank against a 1,000-acre parcel of land in Ruai as collateral.

The report further said that a year later, another company of his, Sololo Outlets, applied for a Sh1.65 billion loan at the same bank using another title deed for a 2.5-acre piece of land in Mukuru kwa Reuben, Nairobi county.

The report said that accrued interested on the two loans had ballooned to Sh40billion.

But Jirongo, who unsuccessfully ran for the presidency in 2017, said that the duplum rule prohibits growth of interest rates beyond the amount borrowed.

What politicians at centre of Sh250m land case told detectives

The commission is investigating a case of conspiracy to defraud.
News
3 months ago

Murathe read political harassment in the probe.
News
3 months ago

Politician David Murathe has said he was also summoned over ongoing probe into Kemsa scandal.
News
3 months ago
Post a comment
WATCH: The latest videos from the Star
by HILTON OTENYO Correspondent, Western Region
News
17 November 2022 - 04:43
Read The E-Paper