KFS sets aside Sh500bn for the expansion of tree cover 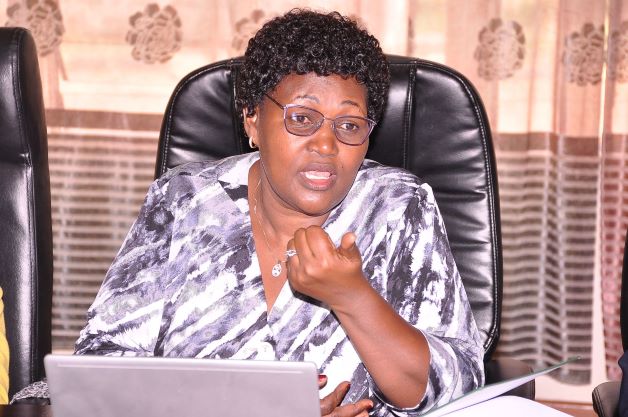 The government in collaboration with Kenya Forest Service (KFS) has set aside Sh500 billion for the expansion of Kenya’s Tree cover from the current 12.5 per cent to 30 per cent by 2032.

KFS Deputy Chief Conservator of Forests in charge of Forest Advisory and County Liaison, Beatrice Mbula said they are working on a strategy to produce 1.5 billion tree seedlings annually for the next 10 years in line with the policy direction issued by President William Ruto.

She said the call by the president was urgent and required concerted efforts from stakeholders, development partners, other government agencies, counties, communities and individual Kenyans to achieve it.

Mbula said the presidential call was meant to mitigate the harsh effects of climate change because forests are great carbon sinks.

Speaking at KFS Headquarters in Karura during a Biodiversity Science Cafe’ organised by Media for Environment Science, Health and Agriculture, she said the forest departments hoped to achieve 25 per cent forest cover by 2030 and cover the remaining five per cent by 2032.

“Some countries have between 70 to 90 per cent forest cover and we are sure that the set target for Kenya is achievable within the set time,” she said.

Mbula said the community was very vital in achieving the set target because KFS could not raise the required tree seedlings with only 300 tree nurseries under its management.

“There many tree nurseries that belong to individuals, women and youth groups which will be mobilised to get the seedlings,” she said.

She added that KFS and its partners would go beyond just producing tree seedlings because for the strategy to make sense, the trees will have to be planted community farms, forests, in public open spaces and along the river lines and roads.

“KFS has also introduced faster growing tree varieties to help attain this goal within the set period,” she said.

She said government plantations areas have three main species namely eucalyptus, cyprus and pine which take between 30 to 20 years to mature. 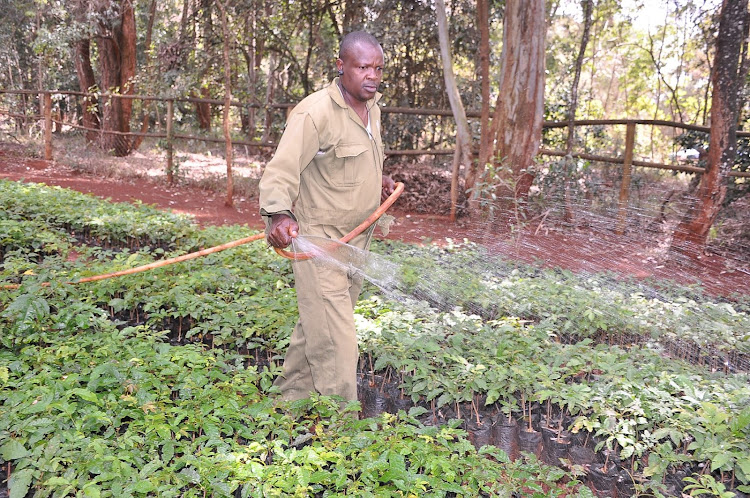 TREE COVER A man waters seedlings at a tree nursery within Karura Forest. Kenya Forest aims at raising 1.5 billion tree seedlings in the nest 10 years in its bid to increase the country's tree cover to 30 percent by 2032.
Image: LOISE MACHARIA

“The government is now introducing bamboo especially in riparian areas because it grow faster and shoots quickly after harvesting,” she said.

Mbula said the plantation species were meant to support industry and was optimistic that timber sector will be fully revived.

She said farmers were supposed to ensure that 10 per cent of their land was under tree cover which translates to 74 trees per acre.

“The presidents has talked about every Kenyans planting 300 tree and we all need to start small if you have the place to do so. Start with at least 50 trees and protect them from the sun and animals and slowly they will mature to survive on their own,” she said.

Mbula observed that most of the planting will be done on community land because gazette forests are well covered and urged farmers to plant trees on their farms.

On securing the forests, Mbula said the department had a 50 per cent shortage as it had 2500 forest rangers while it required slightly more than 5000.

“With the current numbers, one ranger is expected to protect 1000 hectares of the natural resources instead of the required 400 hectares,” she said.

She commended President Ruto for promising to recruit 2700 forest rangers.

Post a comment
WATCH: The latest videos from the Star
by LOISE MACHARIA
News
14 November 2022 - 21:05
Read The E-Paper